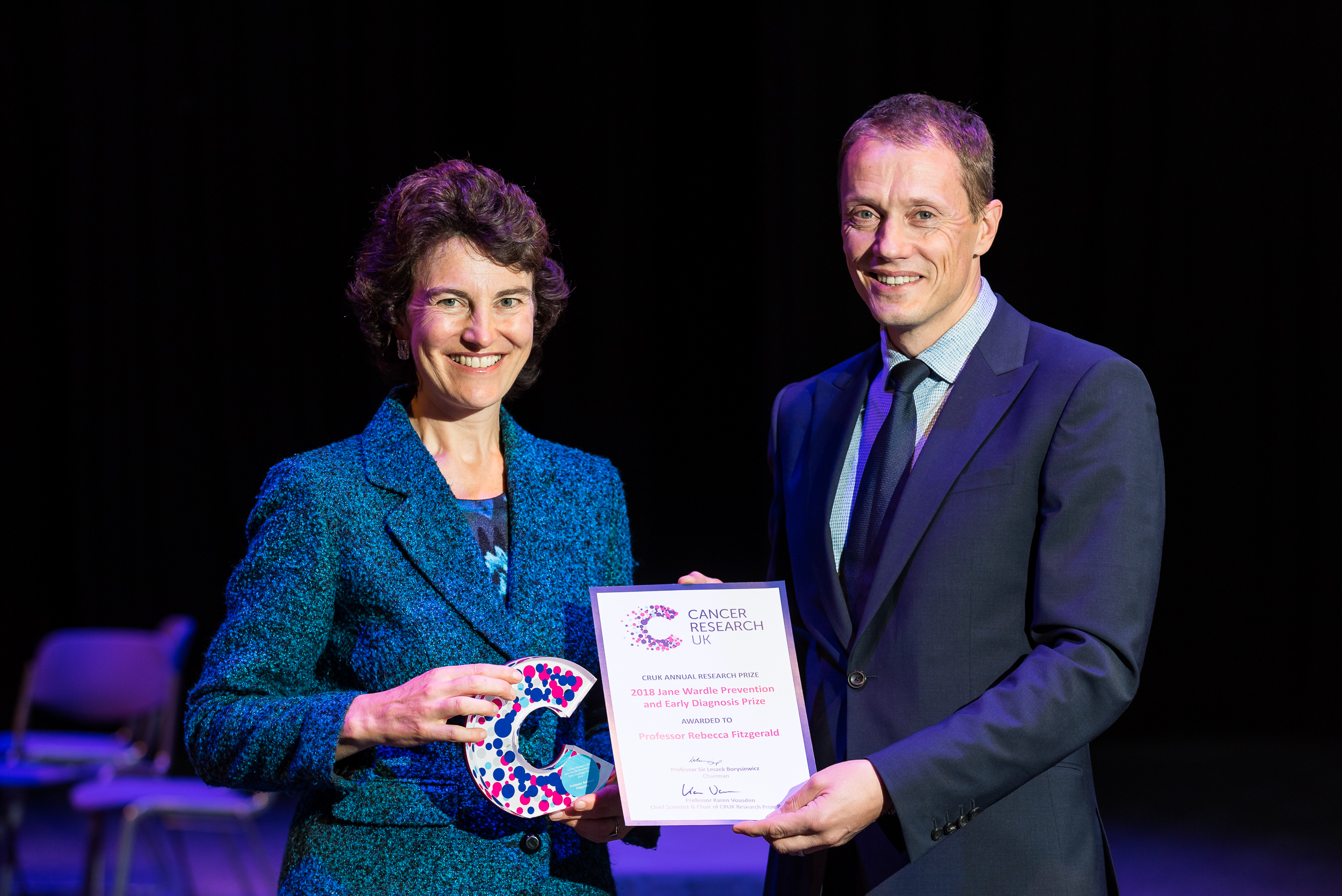 Many congratulations to Professor Rebecca Fitzgerald and Dr Sarah Bohndiek, our inspiring Early Detection Programme leaders, who have been awarded much-deserved prizes at the National Cancer Research Institute (NCRI) cancer conference in Glasgow this week.

Professor Rebecca Fitzgerald, Professor of Cancer Prevention at the University of Cambridge and co-lead of our Centre's Early Detection Programme has been awarded the Jane Wardle Prevention and Early Diagnosis Prize.

The prize recognises an individual at any career stage who has produced world-leading research in the field of prevention and early detection of cancer.

Professor Fitzgerald's research group at the MRC Cancer Unit focuses on the early detection and treatment of cancer of the oesophagus.

Professor Fitzgerald and Dr Bohndiek, a physicst joined forces in 2016 to create and lead the CRUK Cambridge Centre's Early Detection Programme - a multi-disciplinary group of researchers, clinicians and industry collaborators focusing on research into the earlier detection of cancer.

Programme members are engaged in a variety of projects with the aim of better understanding the biology of the disease and developing methods to detect it at an earlier stage, with the ultimate goal of reducing the number of deaths caused by cancer.

Dr Sarah Bohndiek, whose research group is based in both the CRUK Cambridge Institute and the Department of Physics, has been awarded a Future Leaders in Cancer Research Prize. 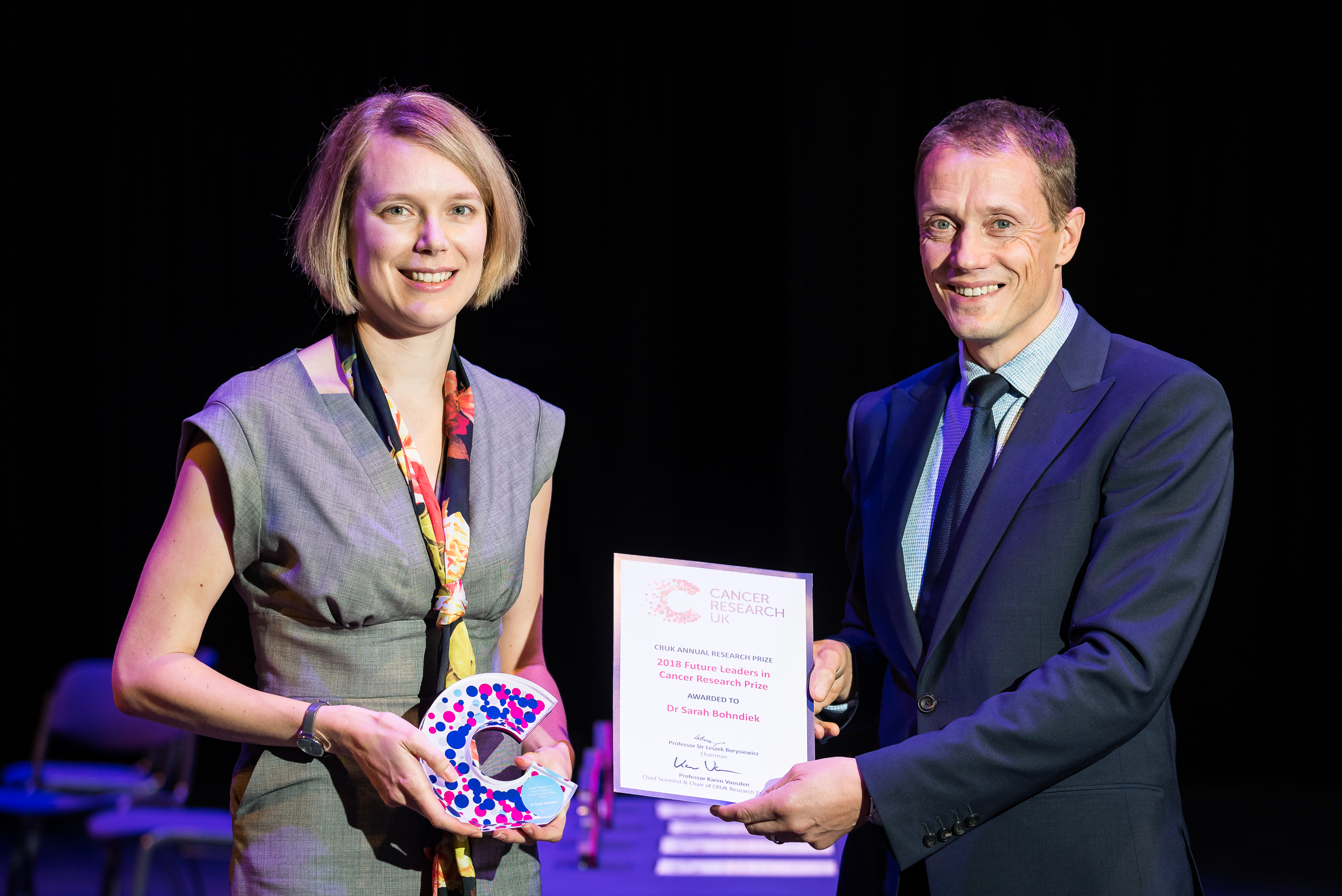 The Future Leaders Prize celebrates early career scientists who have demonstrated the potential to achieve world-leading status by producing research of international importance. The prize is awarded annually to up to three outstanding cancer researchers nominated by their peers and selected by an international panel.
6 Nov 2018