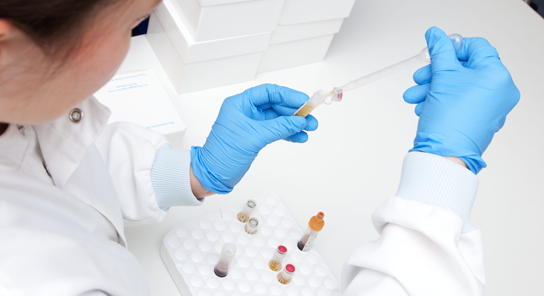 Our priority is to develop investigator-led studies translating science from local researchers, as well as collaborative projects with biotechnology and pharmaceutical companies. 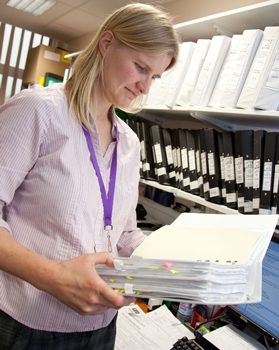 We have experience in delivering trials of both small and large molecules across a broad range of oncology targets, including first in class or first in man studies.

We have an exciting pipeline of planned studies, equally we remain keen to discuss potential new opportunities exploring what our team in Cambridge can bring to new projects.

We are keen to foster existing collaborations and develop new ones. Please contact us if you would like to discuss opportunities. Some recent examples of successful projects are:

Monitoring molecular changes with functional imaging: "MISSION" study to evaluate hyperpolarised 13C-pyruvate and 13C-fumarate, work funded by the Wellcome Trust and Cancer Research UK, building on the pre-clinical work in the CRUK Cambridge Institute. This technique allows the real time detection of pyruvate to lactate and fumarate to malate flux. Initially pyruvate will be evaluated – as an early marker of treatment response, and subsequently fumarate – as a marker of necrosis. Initially, following a first-in-man study, these will be applied in three clinical scenarios: lymphoma, glioma and breast cancer. Addenbrooke’s will be the second site in the world to use 13C-pyruvate in patients and the 13C-fumarate study will be a first-in-man study.

Molecular characterisation The ability to detect and monitor cancer mutations using circulating tumour DNA (ctDNA) derived from plasma has been pioneered by scientists at Cambridge. This test is being implemented under good laboratory practice (GLP) conditions that will provide a rapid and sensitive test for early response, as well as to monitor tumour heterogeneity, both before and during treatment. Next generation sequencing will be carried out in the new Cancer Molecular Diagnostics Laboratory to GLP standards equivalent to a Clinical Laboratory Improvements Amendments (CLIA) approved laboratory setting. Molecular characterization of patients referred to the Early Phase team will be carried out in order to both define the population and to enrich specific populations in clinical trials.

Novel clinical trial designs: The phase I study of MK-0752 with gemcitabine utilises a novel design for a combination phase I/II trial. Strong links have been made between the EPCTT and the MRC Clinical Trials Hub in Cambridge and our ideas regarding combinations studies have developed further. Future combination phase I studies will include such novel designs and an adaptive, biomarker directed study (SMARTer) is planned in patients with breast cancer receiving neo-adjuvant therapy. The Early Phase Clinical Trial Team is working closely with the MRC Biostatistics Unit to develop approaches for combination and adaptive trial designs. These are being carried out based on novel biomarkers and tumour monitoring using imaging and circulating tumour DNA (ctDNA).