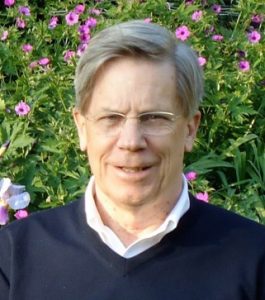 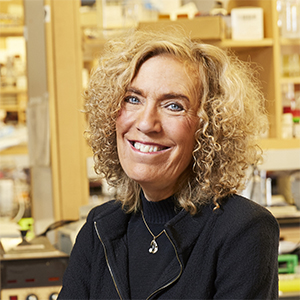 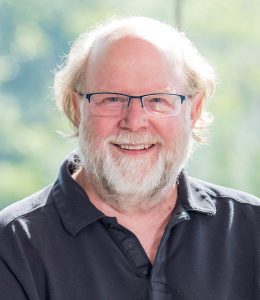 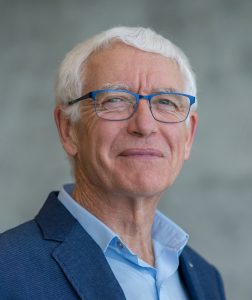 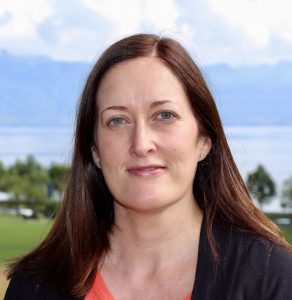 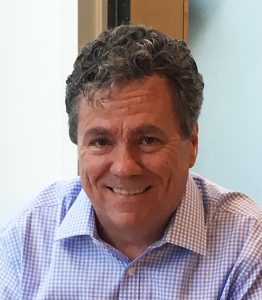 Professor Douglas Fearon,
Cold Spring Harbor Laboratory
In the past, the Fearon lab had made contributions to our understanding of innate immunity, B cell signal transduction, and memory T cells. Since 2010, its focus has been on cancer immunology, with studies of three important aspects of pancreatic cancer: the mechanism of immune suppression that allows this cancer to escape control by the immune system; cachexia, the devastating metabolic condition that often affects patients with pancreatic cancer; and latent metastatic disease, which is the ultimate reason for the failure of pancreatectomy to cure patients of this disease. These contributions, although at a pre-clinical level, have the potential to improve the care of patients with pancreatic cancer, as is exemplified by the on-going early phase clinical trial of a new immunotherapy for this disease, which is being led by Professor Duncan Jodrell at the Cancer Research UK Cambridge Institute and Addenbrooke’s Hospital.

Professor Elaine Fuchs,
The Rockefeller University
Elaine Fuchs is renowned for her research in skin biology, its stem cells and associated genetic disorders, particularly cancers. She received her Ph.D. in Biochemistry from Princeton. After postdoctoral research at MIT, she joined the faculty at University of Chicago. In 2002, she relocated to Rockefeller University, where she is the Rebecca C. Lancefield professor of Mammalian Cell Biology and Development. Fuchs has been an Investigator of the Howard Hughes Medical Institute since 1988. Her latest work focuses on cancer (tumour-initiating) stem cells of squamous cell carcinomas, one of the most common and life-threatening cancers for which therapeutics are limited. Her science dissects how tumour stem cells form, survive and respond to ever-changing and stressful microenvironments.

Professor Ed Harlow,
Harvard Medical School
Ed Harlow and his laboratory study the mechanisms that underlie the early stages of cancer development.  He is best known for advances in our understanding of how cells determine when it is appropriate to divide and how these regulatory events are lost during the development of cancer. In 1988, his lab discovered how some viruses alter cell proliferation by producing proteins that interact with and inactivate negative regulators of proliferation.  Loss of these “brakes” on proliferation leads to cell division at inappropriate times. This model is widely applicable to cancer, and the discovery of how these viruses subvert cell regulation led to major advances in our knowledge of how cells control cell division.

Professor Peter Jones,
Van Andel Research Institute
Peter Jones became Chief Scientific Officer of Van Andel Research Institute (VARI) in Grand Rapids, Michigan in 2014. His laboratory discovered the effects of 5-azacytidine on cytosine methylation and first established the link between DNA methylation, gene expression and differentiation. He helped pioneer the field of epigenetics, particularly its role in cancer, and helped develop novel therapies for cancer. Peter Jones has published more than 300 scientific papers and received several honours. He is a past President of the American Association for Cancer Research and was elected a Fellow of the AAAS in 2009 and a Fellow of the Academy of the AACR in 2013. He was elected a member of the National Academy of Sciences in 2016 and the American Academy of Arts and Sciences in 2017.

Professor Johanna Joyce,
University of Lausanne
Johanna Joyce’s laboratory investigates the microenvironment in which a tumour arises and the critical influence that non-cancerous immune and stromal cells can have on tumour progression and metastasis. They have uncovered regulatory signals provided by the normal tissue stroma and immune cells to the cancer cells, and determined how normal cells can be modified by the cancer cells to produce a variety of factors that enhance tumour malignancy. Her group is also actively exploring the mechanisms underlying the contribution of the tumour microenvironment to therapeutic resistance. Their ultimate goal is to apply this collective knowledge to the clinic and develop targeted therapies that disrupt critical tumour-stromal interactions. Her lab continues to explore the complexity of the tumour microenvironment, with an increasing emphasis on developing novel strategies for treating brain malignancies.

Dr Charles J. Sherr,
St Jude Children’s Research Hospital
Charles J. Sherr pioneered studies of oncogenes and tumour suppressors, the mechanics of cell division cycle control, and the manner by which key cell cycle regulators are perturbed in cancer. Sherr’s laboratory discovered the FMS oncogene and demonstrated that it encoded the colony-stimulating factor-1 receptor. His subsequent identification of growth factor-responsive mammalian D-type cyclins and cyclin-dependent kinase-4 (CDK-4), and the demonstration that cyclin D-CDK4 complexes triggered phosphorylation of the retinoblastoma protein (RB), helped to reveal how mammalian cells respond to extracellular cues in regulating their cell division cycle. Investigations of CDK4 inhibitory (“INK4”) proteins led to the discovery of the ARF tumour suppressor, an oncogene-activated arbiter of the p53 transcriptional response. Mutations affecting D-type cyclins, CDK4, and INK4A/ARF are among the most frequently observed events in human cancer. Drugs targeting CDK4, FDA-approved for breast cancer, are currently in advanced clinical trials for treatment of other major malignancies.

Dr Zena Werb (24 March 1945 - 16 June 2020)
University of California
Zena Werb sadly passed away in June 2020 aged 75. She was a world-renowned cell biologist, a pioneer in cancer research and an advocate for women in science. She was recognized internationally for her fundamental discoveries about the role of matrix metalloproteinases, the cellular microenvironment and intercellular communication in the normal functioning and pathogenesis of tissues, in particular, breast cancer. She published over 450 papers. Her honours include a Guggenheim Fellowship, the E. B. Wilson Medal, American Society for Cell Biology and election to the National Academy of Sciences, the National Academy of Medicine, and the American Academy of Arts and Sciences.
AACR tribute
Cancer Cell tribute