Our history and achievements 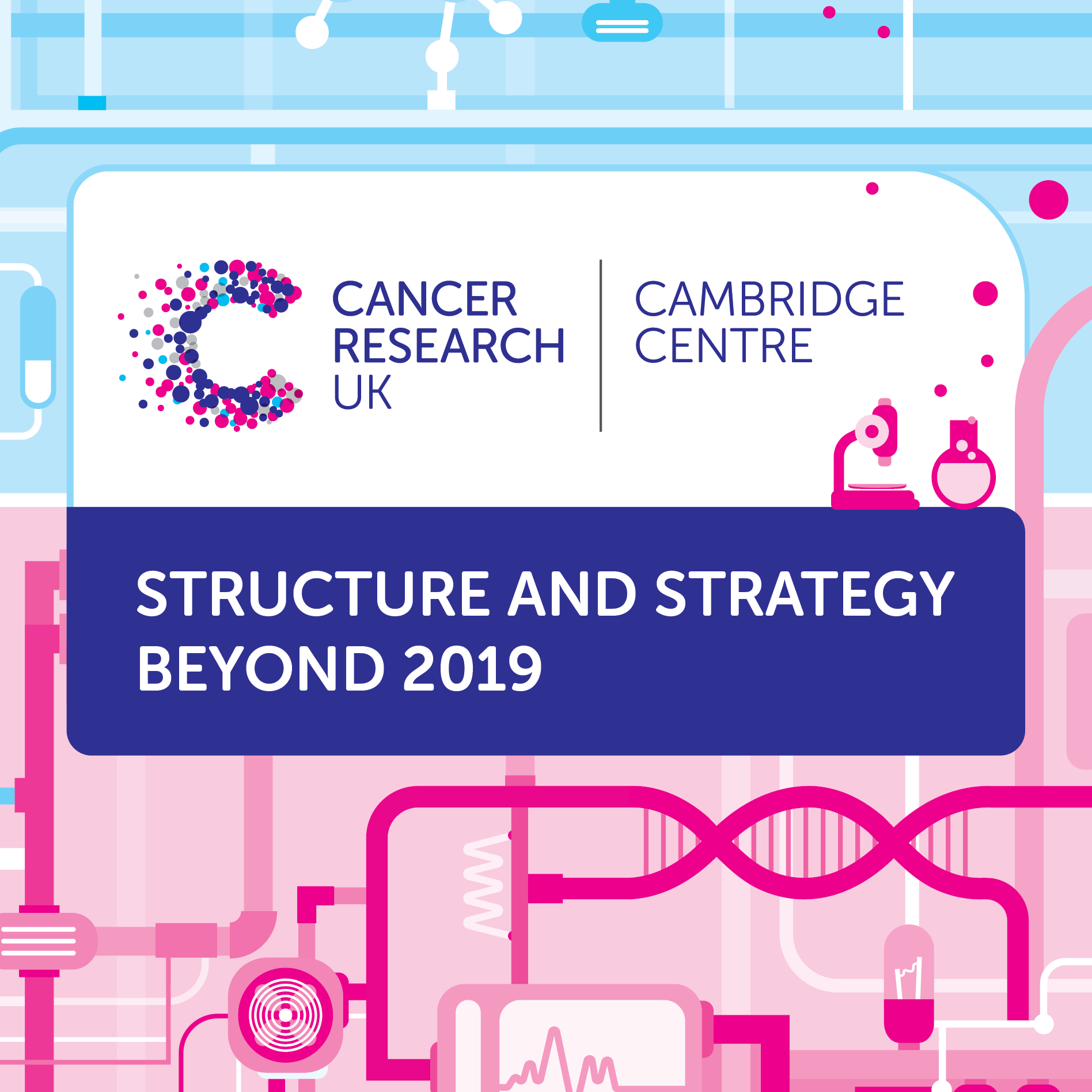 Download our CRUK Cambridge Centre Structure and Strategy Beyond 2019
In 2009 the Centre received national recognition by Cancer Research UK as a cancer centre of excellence. Cambridge is a Cancer Research UK major centres, along with Manchester and City of London, within a network of 14 translational research centres across the UK.
In 2012 Comprehensive Cancer Centre status was awarded by the Organization of European Cancer Institutes (OECI), a network of organisations aiming to improve the quality of cancer care and translational research across Europe. The award reflects the quality and breadth of our research and our clinical service. We are the second accredited Comprehensive Cancer Centre in the UK and the only one in Europe based around a general hospital rather than a specialist cancer hospital.
Cambridge has one of the highest proportions of new patients entering clinical trials in the UK and early phase clinical trials are a particular strength of the CRUK Cambridge Centre, and the Cambridge Experiemental Cancer Medicine Centre (ECMC).
Cancer is the largest theme within the NIHR Cambridge Biomedical Research Centre.

Cancer is also a key research focus for the University of Cambridge and has been designated as an Interdisciplinary Research Centre. These are established cross-School initiatives that have demonstrated a critical mass of academic support in at least three Schools and have the explicit endorsement of the University’s Research Policy Committee.
Creating a cancer centre
The CRUK Cambridge Centre was established in 2007 when the Cancer Research UK Cambridge Institute opened beside Addenbrooke’s Hospital on the Cambridge Biomedical Campus. Forming a hub of world-class biomedical research closely connected to clinical care and education, the Biomedical Campus is also home to many Centre partners including the University School of Clinical Medicine, Cambridge Institute for Medical Research, MRC Cancer Unit, Wellcome Trust MRC Cambridge Stem Cell Institute and MRC Laboratory of Molecular Biology.
In 2006 Cambridge was selected by an international panel against strong competition as one of five Biomedical Research Centres in England and Wales funded by the NHS. Cancer science was a leading theme in this bid.
In the 2008 National Research Assessment Exercise (RAE), Cambridge was ranked second equal with the Royal Marsden/Institute of Cancer Research, and first equal for the percentage of all clinical and basic research leaders ranked as world class (35%).
Cancer was one of three main themes when Cambridge University Health Partners, which includes the University and the Cambridge University Hospitals NHS Foundation Trust, was selected in 2009 as one of five Academic Health Science Centres across England and Wales.
Distinguished scientific foundations
Cambridge has a long been associated with major landmarks in the advancement of the life sciences. Darwin studied theology in Cambridge before joining the voyage of the Beagle and proposing the theory of evolution by natural selection over 150 years ago. The theory transformed the way scientists study the origins and diversity of life. A century later Watson and Crick’s discovery of the double helix structure of DNA in 1953 marked another transformation – the beginning of the science of genetics.
Frederick Sanger of the University's Department of Biochemistry, became the first person ever to win two Nobel prizes for Chemistry, the first in 1958 for determining the specific sequence of the amino acid building blocks which form the protein insulin, and the second in 1980 for discovering how to determine the information encoded in DNA – DNA sequencing.
Cesar Milstein was awarded a Nobel prize for his work on monoclonal antibodies in 1984. He developed a way of producing unlimited supplies of highly specific antibodies for attacking specific cells, such as cancer cells. This has revolutionised the development of drugs to treat many diseases and tests to detect them.
More recently the Wellcome Trust Sanger Institute, located south of Cambridge, was the largest contributor to the Human Genome Project, the ambitious global initiative to map all the genes in our DNA. And in 2009, Venkatraman Ramakrishnan, working from the MRC Laboratory of Molecular Biology, was awarded the Nobel Prize in Chemistry for his studies of the structure and function of the ribosome.
Cambridge is well-known for the quality and concentration of research across a range of scientific disciplines, including population genetics, epidemiology, and computational biology, that have practical applications to cancer science.
Building on the foundations of this prestigious scientific legacy, the CRUK Cambridge Centre was established to bring together and form connections between academic and clinical cancer research located in the Cambridge area.