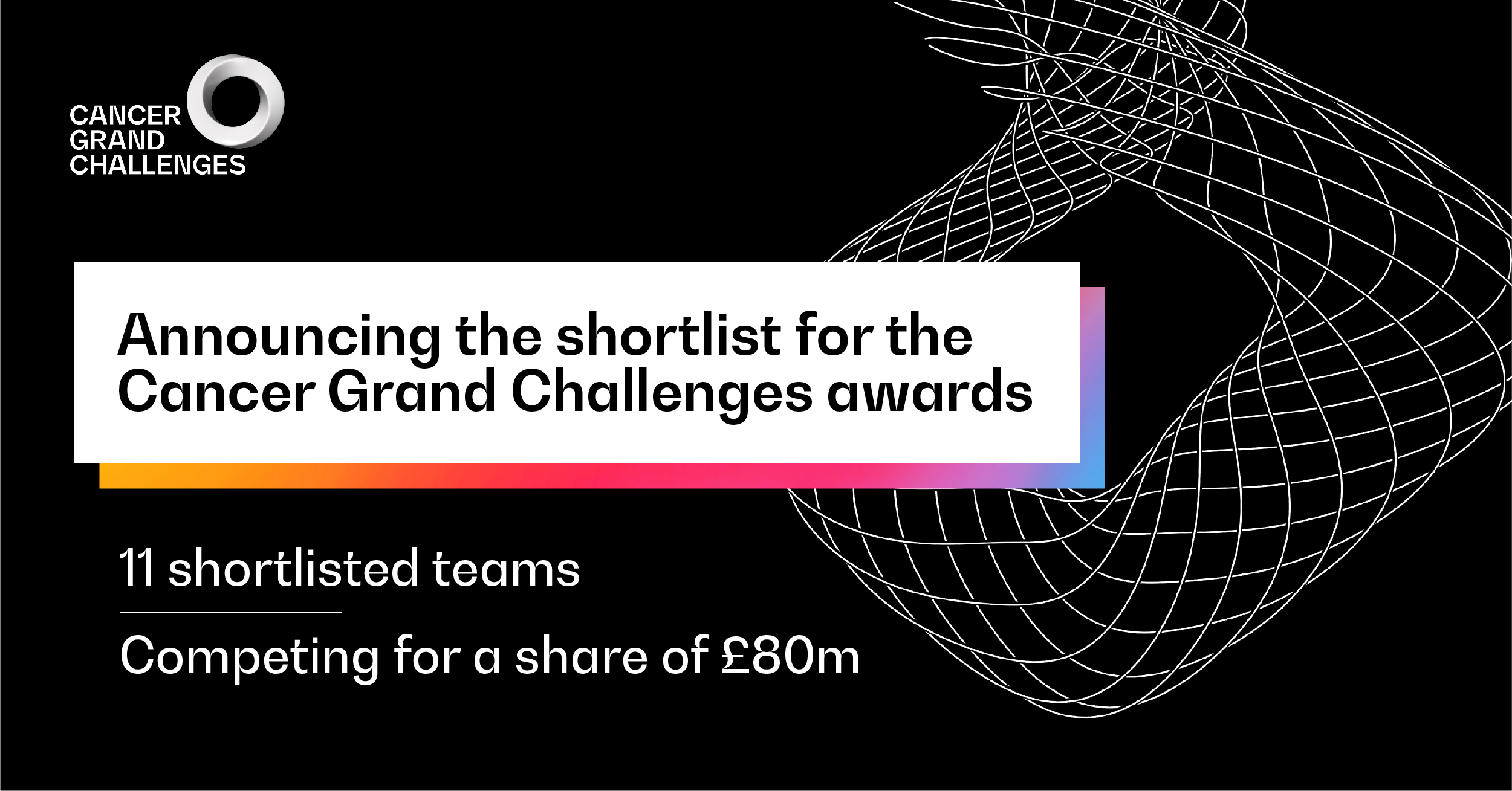 A diverse, global team of scientists led from the Cancer Research UK Cambridge Centre and the German Cancer Research Center has been selected for the final stages of Cancer Grand Challenges.

Nearly 170 teams submitted ideas for this round of awards and the Virtual Child team, led by Centre Director Professor Richard Gilbertson and Professor Stefan Pfister, is one of 11 shortlisted groups. 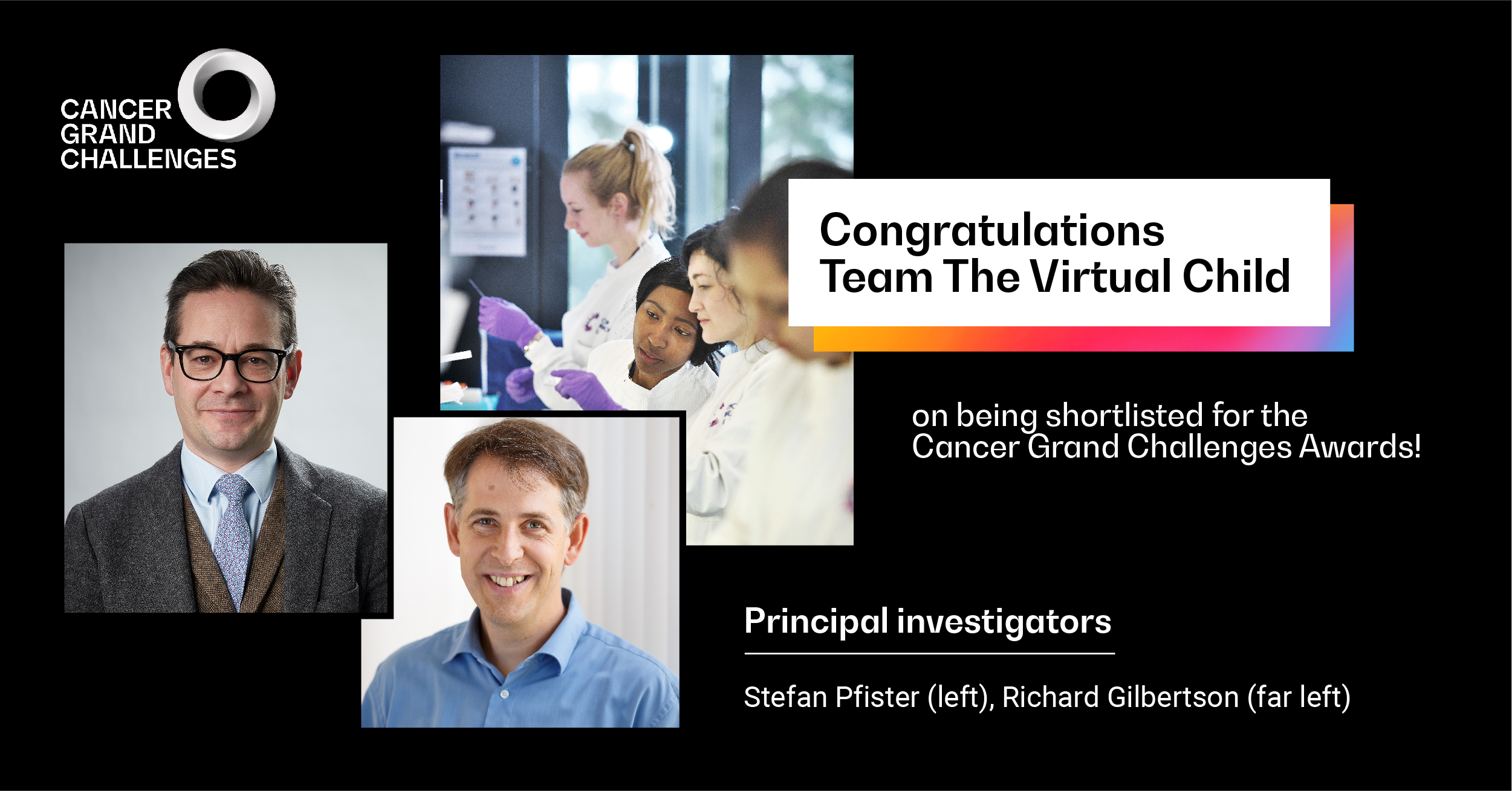 Uniting researchers from Germany, the UK, the US, Canada and the Netherlands, the team draws together a unique set of expertise – including childhood oncology, neural development, artificial intelligence, and more.

The team will now receive seed-funding to draft their full research proposal and compete for a £20m Cancer Grand Challenges award, which would provide the scientific freedom to come together and think differently in pursuit of solving one of cancer's toughest challenges.

Up to four winning teams will be announced early 2022. If successful, the Virtual Child team would seek to tackle the challenge of solid tumours in children.

We’re beginning to understand that solid tumours in children are very different from those in adults – if we could understand more about these differences and find new ways to target them, we could create new ways to better treat children’s cancers.

“Having studied children’s brain tumours for 30 years, we never dreamed we’d be in with a chance to totally change the field,” said joint team leads Gilbertson and Pfister.

Dr Giulia Biffi, who co-leads our Pancreatic Cancer Programme and Professor Sir Stephen O’Rahilly, Director of Wellcome-MRC Institute of Metabolic Sciences are part of the CANCAN team, which has also been shortlisted. 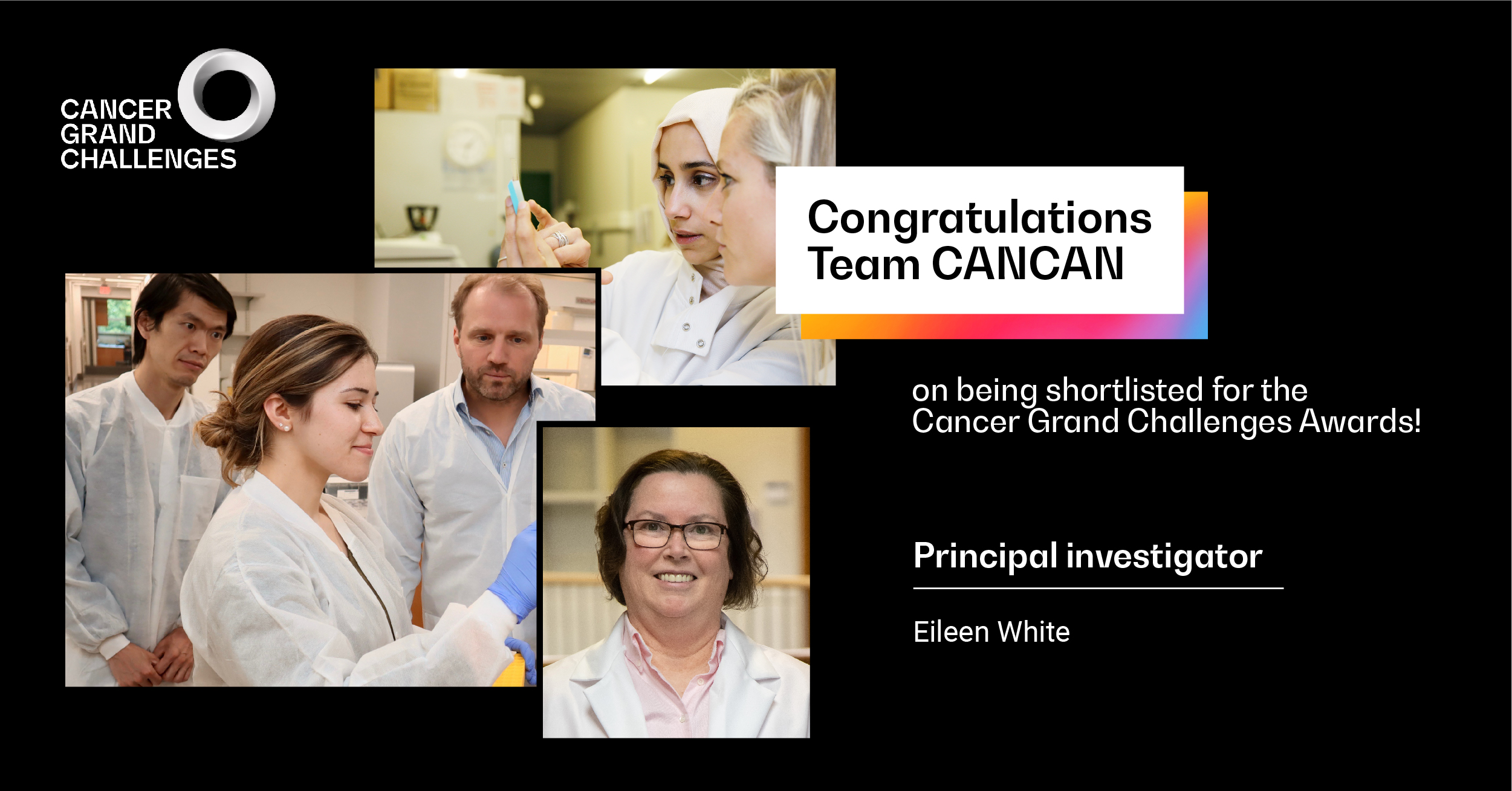 Uniting researchers from the US and the UK, the team led by Dr Eileen White at the Rutgers Cancer Institute of New Jersey, draws together a unique set of expertise – including cancer, metabolism, neuroendocrinology, immunology and more.

The CANCAN team seeks to tackle the challenge of cachexia, an extreme wasting condition often experienced in the late stages of cancer. A deeper understanding of how and why people’s health deteriorates in this way could lead to new treatments and vastly improve quality of life and survival for people with late-stage cancer.

“We are thrilled to have the opportunity to coalesce our group of investigators and bring new ideas and approaches to this critical unmet medical need,” said White, CANCAN team lead.

Dr Serena Nik-Zainal, who is based in the MRC Cancer Unit and a member of our Early Detection Programme, is part of a team aiming to understand the biology of extrachromosomal DNA (ecDNA) generation and action. EcDNA - small rings of DNA found separately to our normal chromosomes - doesn’t follow the rules of normal chromosomes, providing tumours a way to evolve and change their genomes to evade treatment. 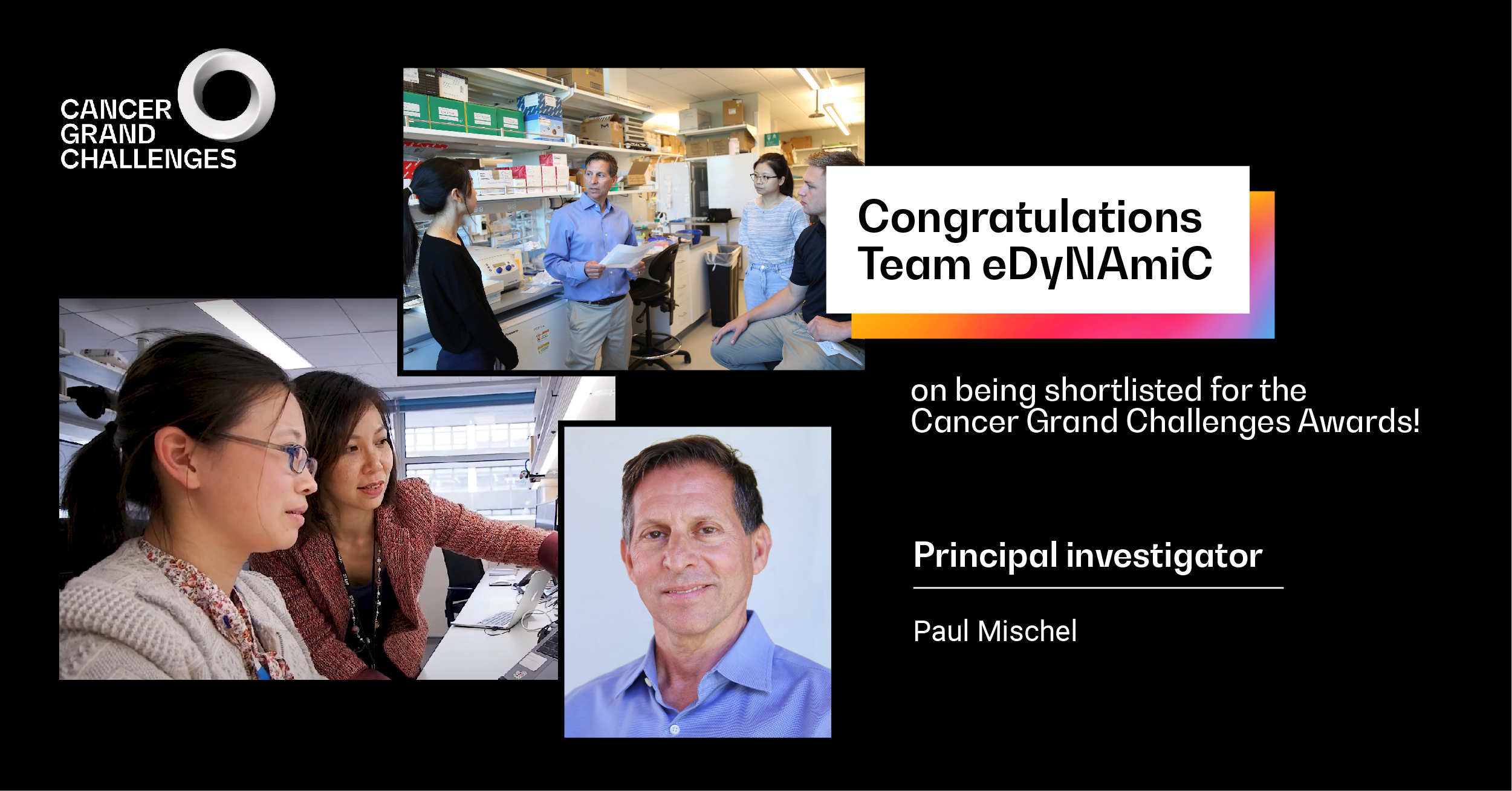 By bridging cutting-edge and diverse approaches and insights from a vast range of fields – yeast genetics, epigenomics, mathematical modelling, evolutionary biology, longitudinal patient tracking, and more – the team hopes to get to the bottom of ecDNA and find ways to drug the undruggable.

Professor Gerard Evan, Director of Dept of Biochemistry is part of the shortlisted TERRIFIC  team. 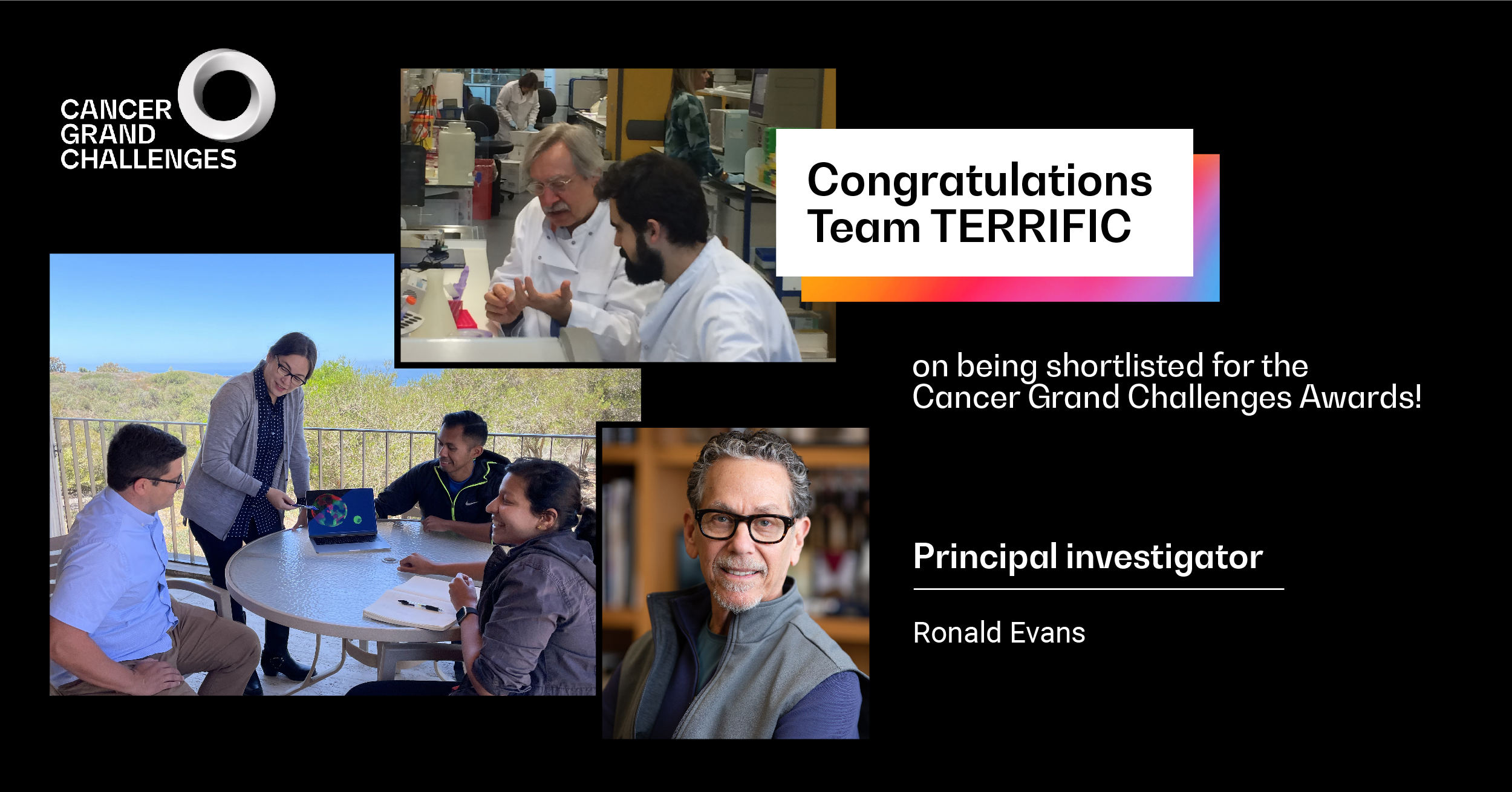 They seek to unravel how inflammatory and regenerative processes converge to establish conditions conducive to tumour growth, looking closely at the collective contributions of local inflammation and immunity and cancer risk factors obesity and circadian disruption. They also seek to decipher how normal regenerative inflammation resolves, and why this fails in cancer.

“We were thrilled to receive such a strong response from the global research community.”