Finding meaningful patterns in the complexity of ovarian cancer 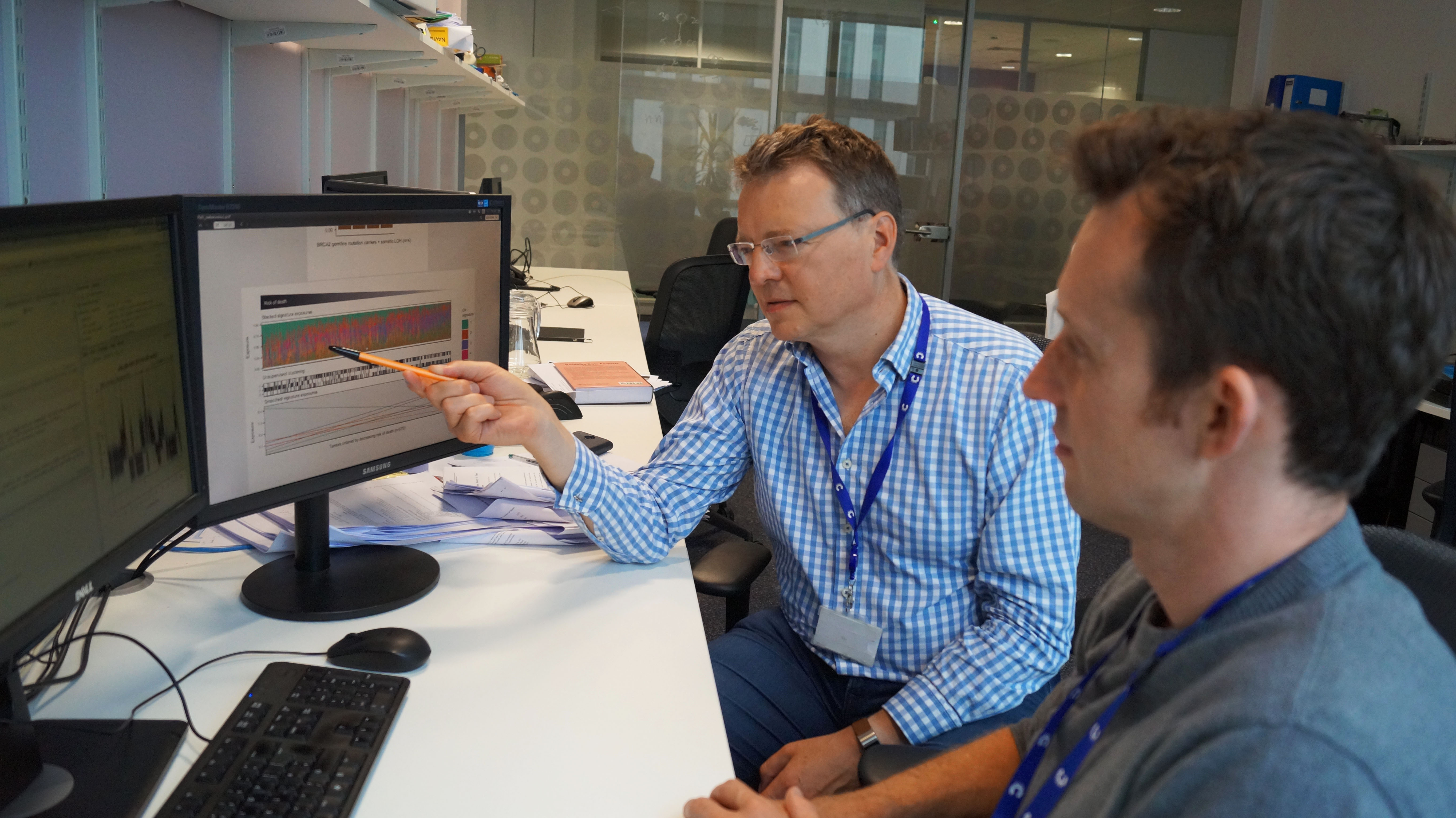 Patterns of genetic mutation in ovarian cancer are helping make sense of the disease and could be used to personalise treatment in future, according to a study published in Nature Genetics today*.

Researchers from the Cancer Research UK Cambridge Institute, University of Cambridge and Imperial College London have found distinct patterns of DNA rearrangement that are linked to patient outcomes.

High grade serous ovarian cancer, the most common type of ovarian cancer, is referred to as a ‘silent killer’ because early symptoms can be difficult to pick up. By the time the cancer is diagnosed, it is often at an advanced stage, and survival rates have not changed much over the last 20 years. 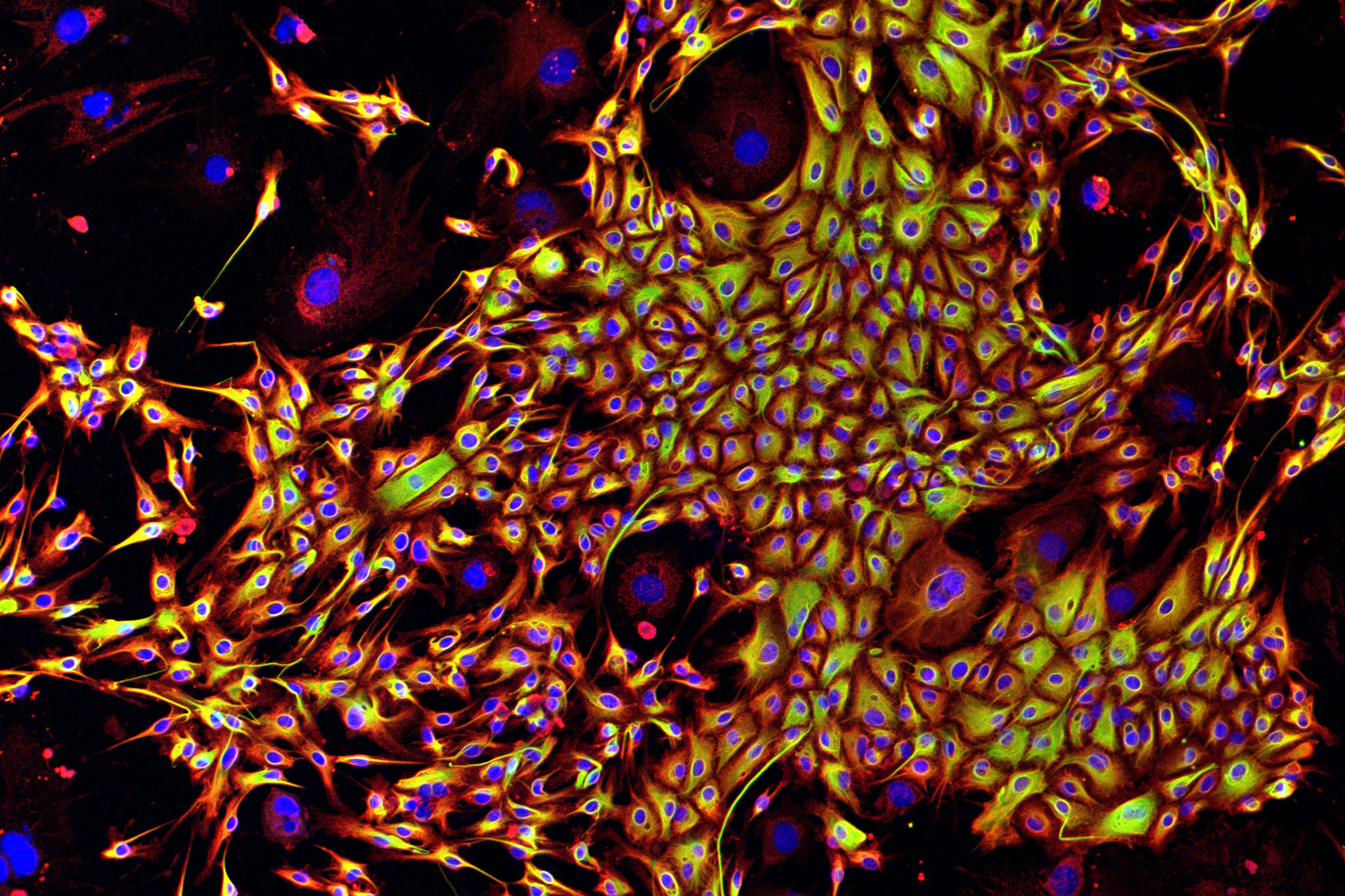 But late diagnosis isn’t the only problem. Ovarian cancer genomes are particularly chaotic – they contain a scrambled mess of genetic code that has been chopped up, flipped over, incorrectly copied or deleted, or repeatedly copied over and over again. This makes it extremely difficult to understand what has caused a patient’s cancer and how that patient will respond to treatment.

In this study of ovarian cancer samples from over 500 women, the research team harnessed big data processing techniques to look for broad patterns in the genetic readouts from ovarian cancer cells.

Rather than focusing on the detail of each individual mistake in the DNA, they designed powerful computer algorithms to scan the genetic data, finding seven distinct patterns.

They showed that each pattern, or 'signature', represented a different mechanism of DNA mutation. Taken together, these signatures were able to make sense of the chaos seen in ovarian cancer genomes.

Surprisingly, all patients studied showed more than one signature, suggesting that multiple mechanisms change ovarian cancer cells during the life of these cancers. This might explain why the disease is so hard to beat with therapies that target just a single mechanism.

The signatures were also linked to how well the patients responded to different treatments and whether they were likely to become resistant to chemotherapy. Two of the signatures predicted particularly poor survival outcomes, and two signatures identified patients with good outcomes. 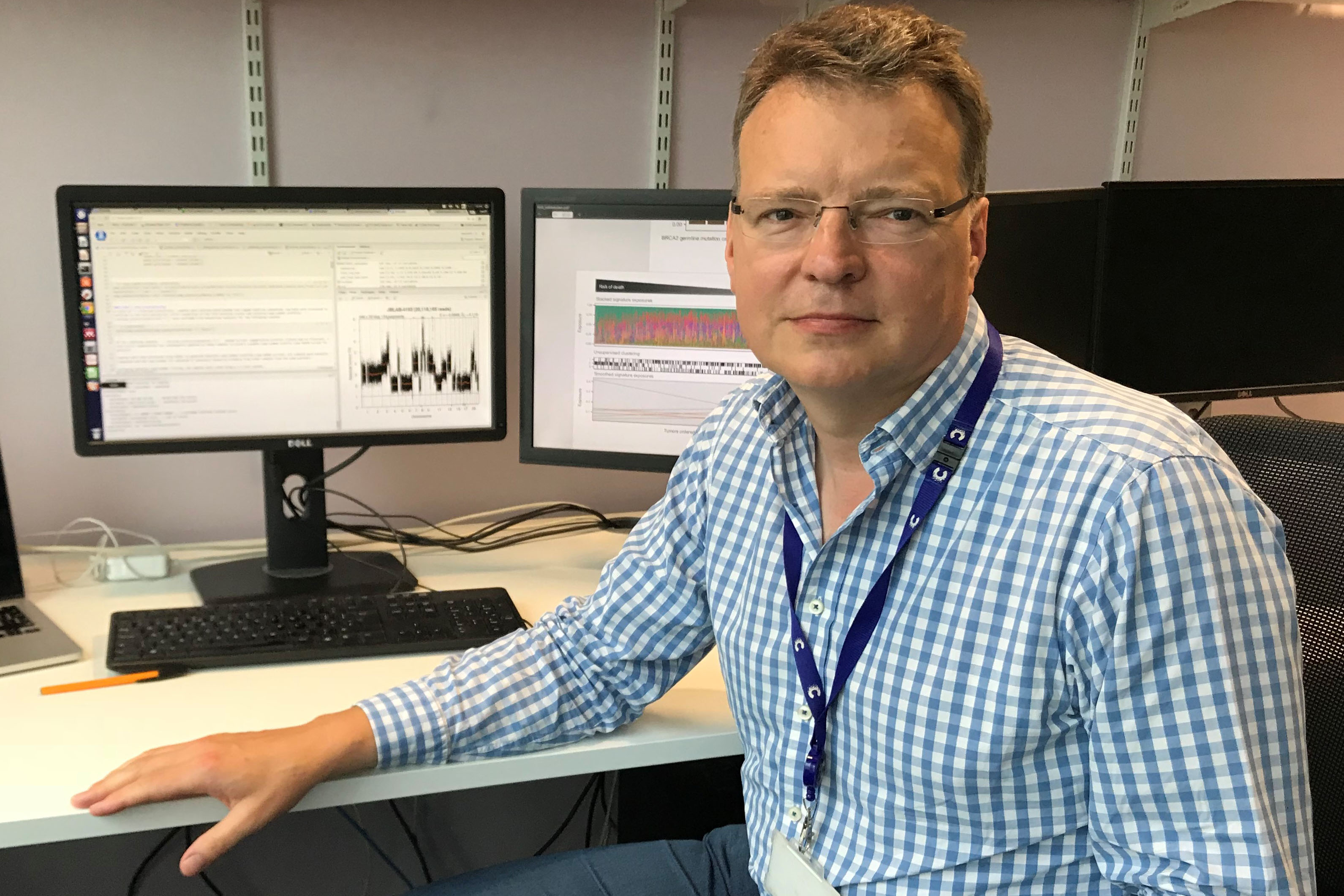 Dr James Brenton, co-lead researcher, based at the Cancer Research UK Cambridge Institute, said: “Choosing personalised therapies for women with high grade serous ovarian cancer is difficult because of the very complex genetic changes in their cancer cells. Our study is a turning point for our understanding of the disease as for the first time we can see each patient’s unique combination of mutation patterns and start to identify the genetic causes of a patient’s cancer using cheap DNA testing in the clinic. The next step will be to develop methods to work out how to target these genetic causes with new therapies in trials.”

The researchers are now planning a clinical trial on ovarian cancer patients to see whether the seven signatures help doctors choose the best treatment for patients.

Professor Iain McNeish, co-lead researcher and Director of the Ovarian Cancer Action Research Centre at Imperial College London, said: “Ovarian cancer lags behind many other cancers because we haven’t been able to understand how its complex molecular changes relate to targeted therapies. Our new approach helps to decode the complexity and will improve outcomes and treatment choices for our patients.”

Cary Wakefield, Chief Executive of research charity Ovarian Cancer Action, said: “BriTROC was a unique project to co-fund as it brought together over 280 patients from 15 hospitals across the UK. This is a very exciting breakthrough in understanding this complex disease which in turn will facilitate better treatment options. Together we are all working towards a shared goal – where no woman dies of ovarian cancer.”