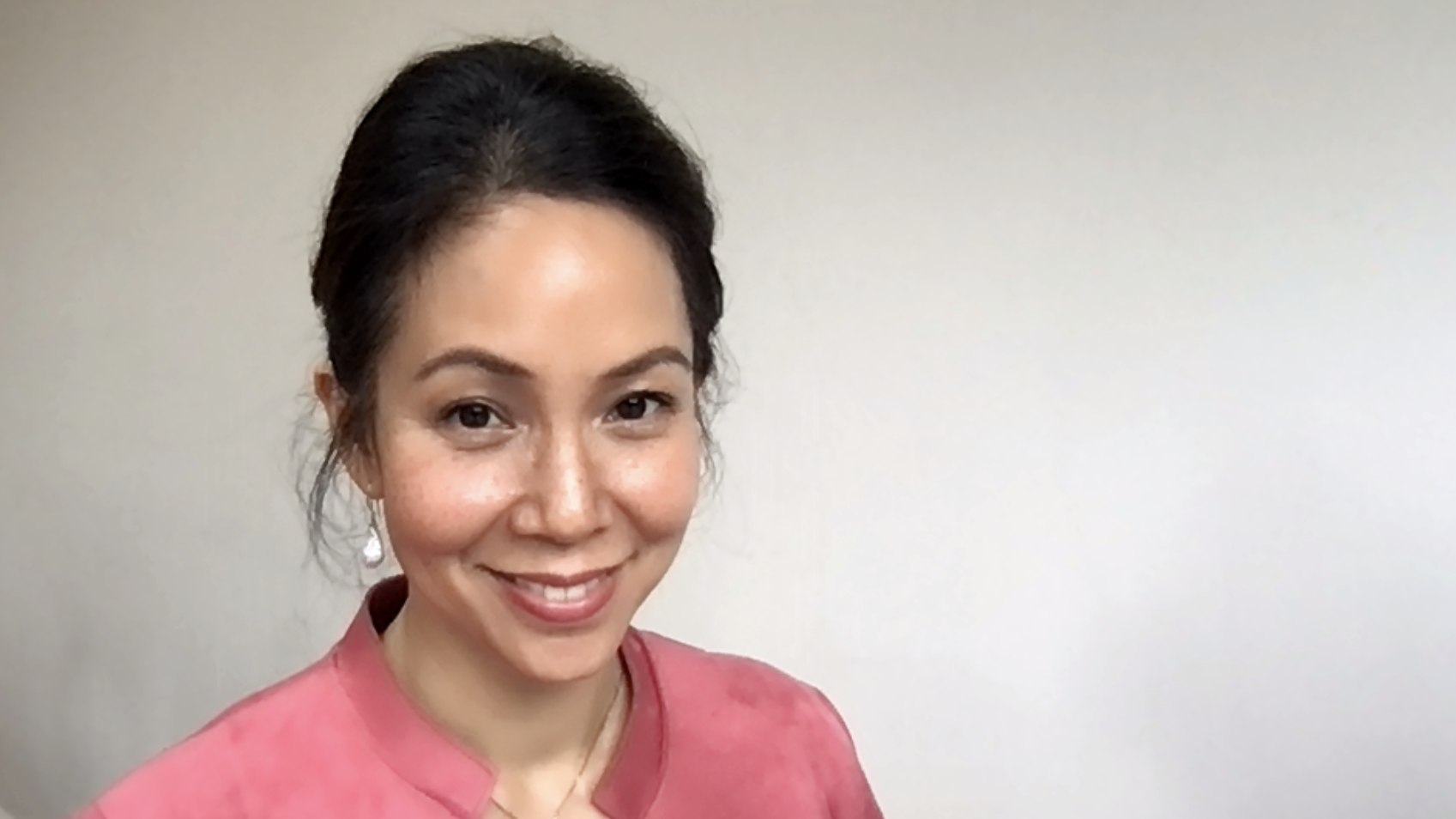 Professor Nik-Zainal’s research holds the key to personalised and more effective treatments for cancer patients, by identifying the ‘fingerprints’ of cancer tumours in the pattern of mutations they contain.

The Foulkes Foundation Academy of Medical Sciences Medal is awarded biennially to a rising star within biomedical research for contributing important and significant impacts to the field before, or in, their first independent position.

On receiving the award, Professor Nik-Zainal, who is a member of our Early Detection Programme, said: “I am truly thrilled to have won this prestigious award from the Foulkes Foundation and the Academy of Medical Sciences.” 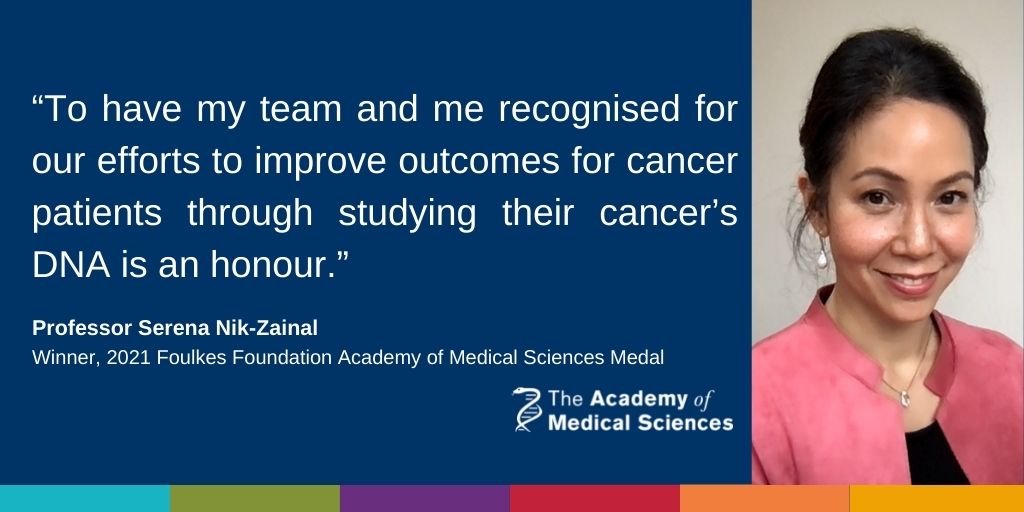 During her PhD, Professor Nik-Zainal and her colleagues discovered and characterised the specific pattern of genetic mutations that occurs within different tumours, called mutational signatures. This opened up an entirely new field of study which allowed for the causes of cancers, such as tobacco smoke or UV light, to be identified from a tumour’s DNA.

Over the last few years Professor Nik-Zainal has pioneered research into the clinical applications of mutational signatures.

She led the development of an algorithm that can detect specific breast cancers through their mutational signature, picking up those that are missed by conventional screening methods.
She has recently demonstrated the algorithm’s potential in predicting the most effective treatment for these patients, by taking it through a Phase II clinical trial in collaboration with colleagues and industry.

In April this year, Professor Nik-Zainal led the development of her second pioneering algorithm, which is used to spot the patients who may respond well to certain drugs that allow their own immune systems to attack their cancer. This algorithm has been trained to find the mutational signature that occurs in these specific cancers, meaning that the patients can quickly receive the correct, most effective treatment.

Mrs Maureen Foulkes-Hajdu, Executive Chairman of the Foulkes Foundation, said: “I am delighted to present the 2021 Foulkes Foundation Academy of Medical Sciences Medal to Professor Serena Nik-Zainal, a ground-breaking scientist in the field of personalised medicine for cancer patients. Serena has pushed her research from fundamental concepts all the way through to life-saving implications for patients, and I am excited to see where her work leads next.”

A champion of data sharing, Professor Serena Nik-Zainal is also leading a project to develop the necessary tools and infrastructure that will allow for large-scale, national clinical application of mutational signature research.

Professor Dame Anne Johnson PMedSci, President of The Academy of Medical Sciences, said: “The Medal recognises the significant work of young, innovative biomedical researchers. This year’s winner, Professor Nik-Zainal, has made exceptional contributions to cancer research, putting together a cross-disciplinary team who work to ensure their research can deliver direct benefits for patients. The tools Serena has created – and shown the effectiveness of in patients – have profound implications for the future of cancer diagnostics and treatment. I am inspired by her drive to enable equitable access to genomic data, whilst communicating this clearly to the public.”

With the 100,000 Genome Project sequencing the genomes from people all over the country, Professor Nik-Zainal is applying her algorithms to cancers the project picks up, learning about their causes by examining their mutational signatures. This knowledge will lead to more targeted therapies for patients with various cancers, saving people from unnecessary treatments and their toxic side effects.

Professor Nik-Zainal’s fascination with the social impact of diseases led her to study genetics, where whole families are often impacted. An important part of her work is getting to know people and working out what makes them tick; be that the staff in her team or the patients that she sees in the clinics she runs. This passion for seeing the big picture is the real driver behind her work, taking the fundamental research through to the development of algorithms, showing their effectiveness in trials, and finally through to the real impacts in treatment for people with cancer.

About her research, Professor Nik-Zainal said: “Seeing the people that have used our algorithm and benefited from treatments they wouldn’t have known they needed; that’s what makes me want to keep pushing to take my work through further clinical trials and hopefully one day into general use. 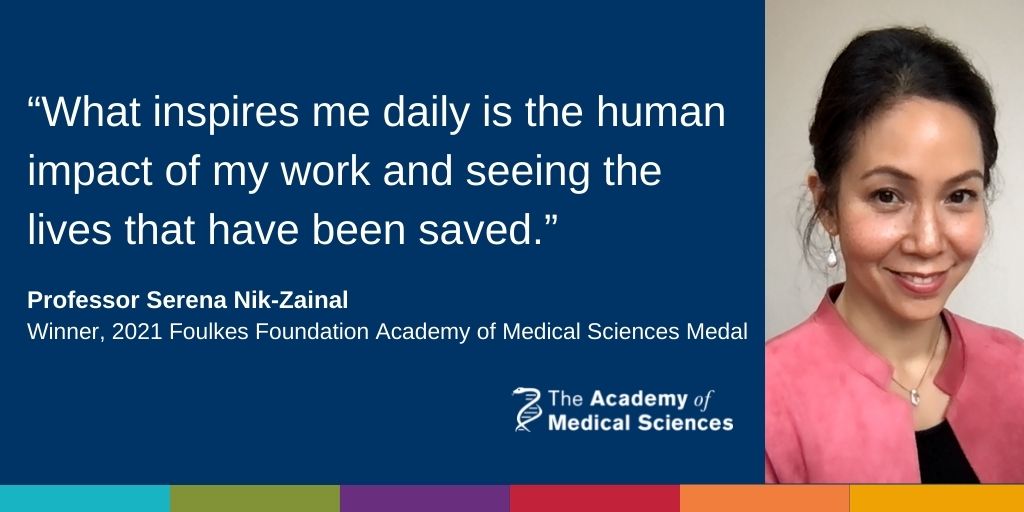 "Showing that fundamental science really can improve the diagnosis and treatment of cancer by personalising it is incredible.”

Professor Nik-Zainal will receive the Medal, along with a cash prize, at the Academy of Medical Sciences' AGM on 7 December where she will deliver a lecture on her research to the Academy’s prestigious Fellowship.