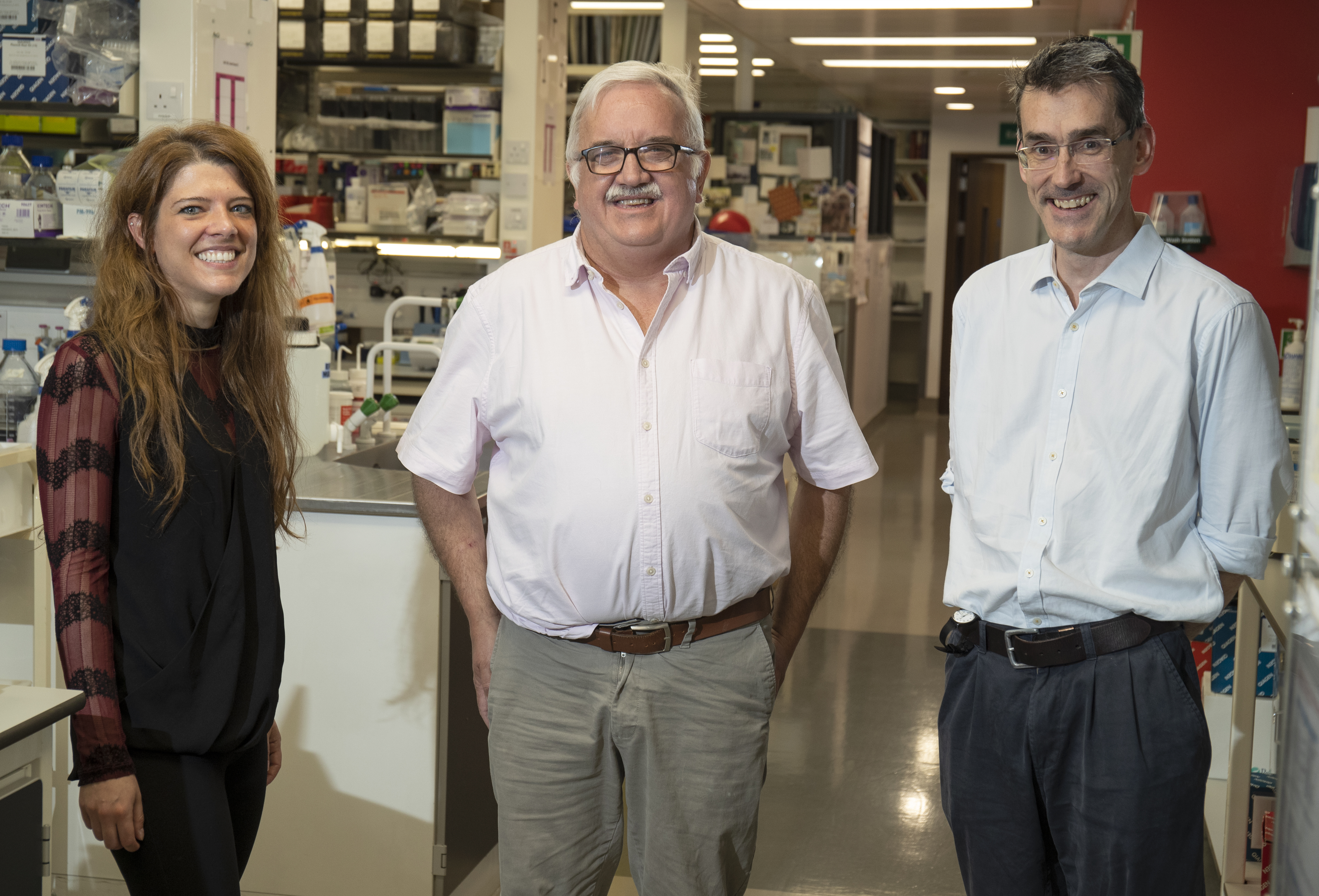 Cambridge scientists are to receive almost £4M as part of Cancer Grand Challenges, a major initiative co-founded by Cancer Research UK and the National Cancer Institute in the US - which aims to encourage the world’s leading cancer researchers to take on some of the toughest challenges in cancer research.

They join two of four new global teams that have come together to think differently in pursuit of driving progress against cancer.

The eDyNAmiC (extrachromosomal DNA in Cancer) team will investigate new ways to combat treatment resistant cancers, while the CANCAN (CANcer Cachexia Action Network) team hopes to prevent cachexia, where patients ‘waste away’ in the later stages of their disease.

Funding for the Cambridge-based research is part of an overall £80 million awarded this week to four elite global teams who will deepen our understanding of cancer through international collaboration leading to new advances for people with cancer.

The Stanford University-led eDyNAmiC team, which includes Professor Serena Nik Zainal at the University of Cambridge, hopes to tackle tumour evolution, which is driven by circular pieces of tumour DNA which exist outside the tumour and pose a major problem by enabling tumours to resist treatment.

Research is now revealing that a major driver of tumour evolution is extrachromosomal DNA (ecDNA). These small circular DNA particles enable cells to rapidly change their genomes and so evade the immune system.

EcDNA doesn’t follow the rules of normal chromosomes, providing tumours a way to evolve and change their genomes to evade treatment.

Although first observed in cancer in 1965, researchers are only beginning to understand the extent to which it is prevalent in around a third of cancers and how it helps tumours to become more resistant, aggressive and affect patient survival.

The goal of eDyNAmiC is to understand how extrachromosomal DNA is created, to find vulnerabilities and then to develop new ways to target these in some of the hardest cancers to treat, including glioblastoma, lung and oesophageal cancer.

Co-investigator Professor Serena Nik-Zainal, of the University of Cambridge Early Cancer Institute and Department of Medical Genetics, said: “My team and I are so excited to be part of this collaboration studying this phenomenon of extra pieces of DNA called ecDNA. 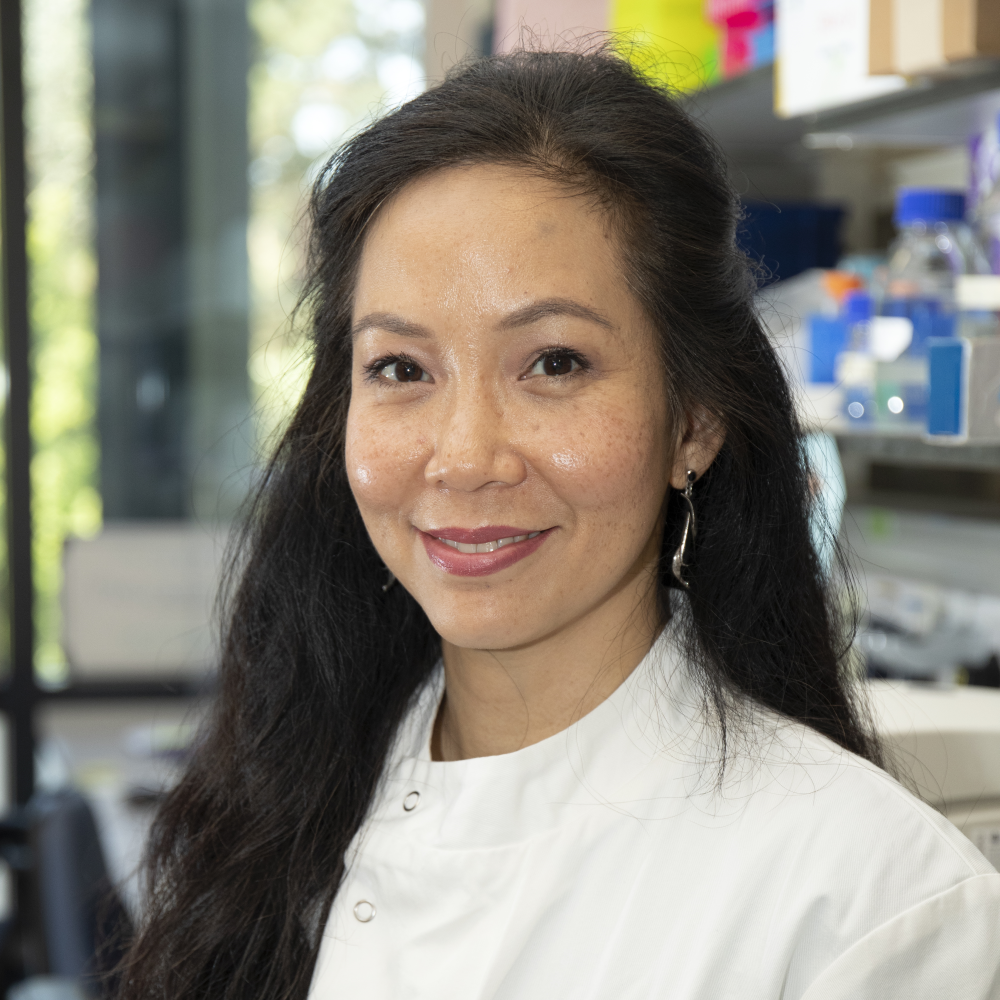 “What a privilege it is to be entrusted to explore how ecDNAs cause cancer and drive them to be aggressive. We hope that what we learn will bring real benefits to cancer patients in due course.”

The CANCAN team is led by US researchers who will work with co-investigators Professor Sir Stephen O’Rahilly and Dr Tony Coll, of the Wellcome-MRC Institute of Metabolic Science, and Dr Giulia Biffi, of the CRUK Cambridge Institute, to explore the underpinning mechanisms behind cancer cachexia - a debilitating wasting condition many people experience in the later stages of the disease.

Cachexia syndrome is characterised by poor appetite and extensive weight loss from both skeletal muscle and fatty tissue and is still not fully understood.

It is hoped further research can help develop new treatments to improve quality of life for cancer patients and set the standard for cachexia management around the world.

Professor Sir Stephen O’Rahilly said: “For many decades we have studied how a range of hormones act on the brain to regulate appetite and body weight. Many of the insights that we have gained through our previous research in obesity are likely to be highly relevant to cancer cachexia, a condition where hormonal and metabolic changes secondary to cancer impact on the brain to reduce, rather than increase appetite. 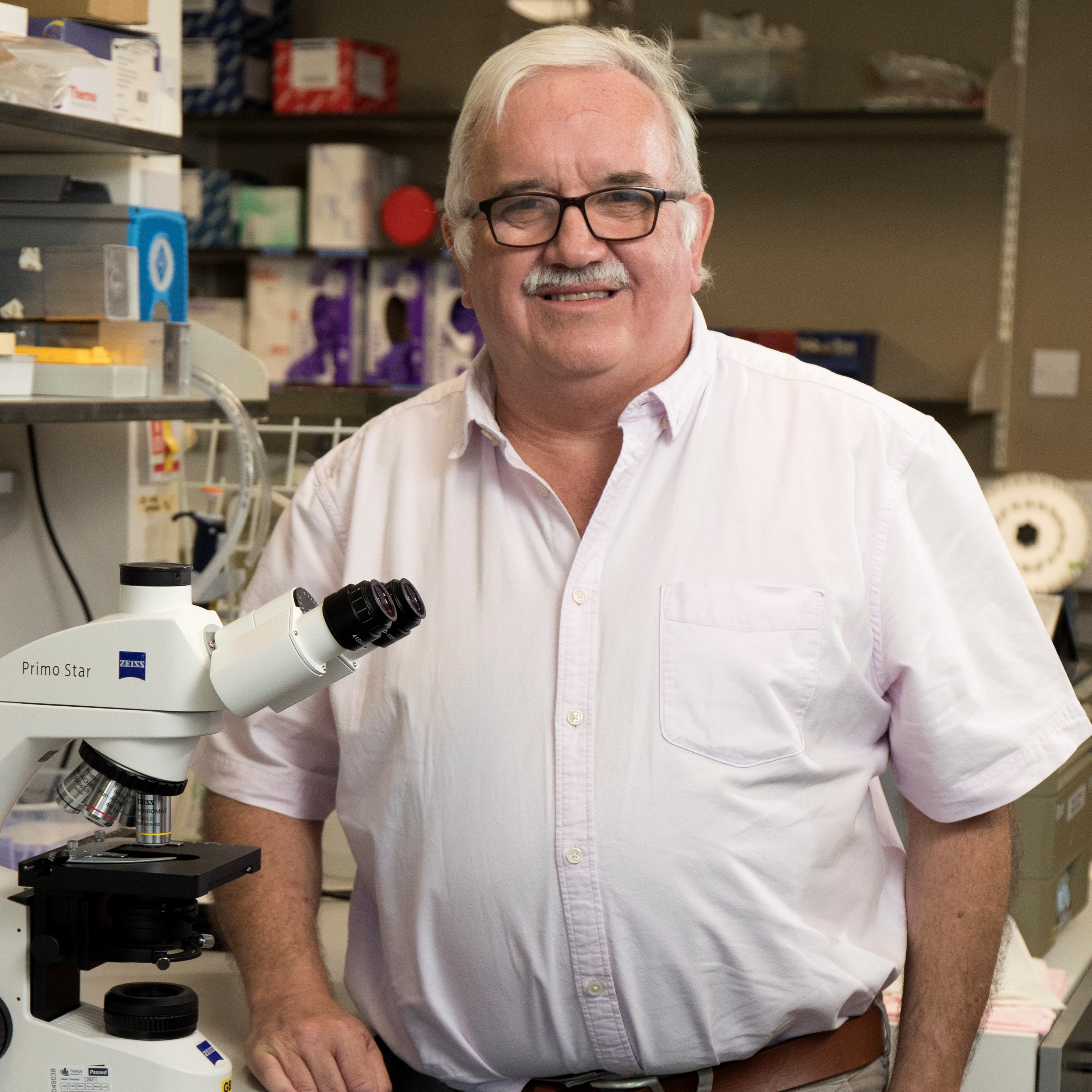 “We have recently discovered a pathway in the brain which is key to controlling whether we put food calories in excess of our basic needs into fat or into muscle. This pathway is likely to be highly relevant to patients with cancer cachexia who are particularly affected by a loss of muscle.”

Dr Giulia Biffi’s research focuses on understanding the biology of the tumour microenvironment in pancreatic cancer with the aim of developing new treatments and diagnostics.

Dr Biffi, who co-leads our Pancreatic Cancer Programme, said: “Cachexia is predominant in pancreatic cancer patients; it increases patient mortality and can prevent patients accessing treatment as they are too weak. If we can identify ways to treat cachexia more people could be treated for their cancer. 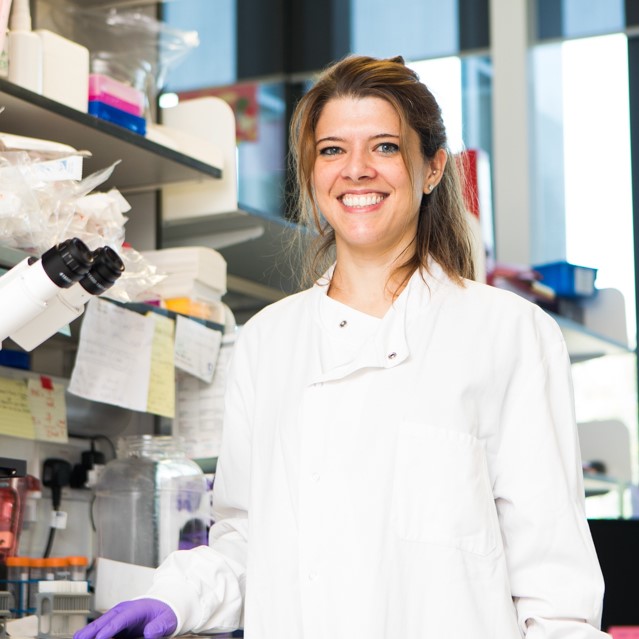 “This is a fantastic opportunity to interact with a highly multi-disciplinary team to bring our different scientific and clinical strategies towards a single common goal.”

Dr Claire Connell, a Clinical Lecturer in Medical Oncology at the University of Cambridge and member of our Pancreatic Cancer Programme will work closely with the CANCAN team. Dr Connell and Dr Coll have recently opened a clinical study at Addenbrooke's hospital which aims to understand the mechanisms underlying weight loss in cancer patients by investigating changes to metabolism and the immune system. They hope the findings from the Metabolic and Immunological Phenotyping in Patients with Cancer (MIPPaC) study will guide future research and help to design treatments that can alleviate or prevent weight loss and improve outcomes for cancer patients.

The eDyNAmiC and CANCAN teams are among four winning teams announced in the latest round of Cancer Grand challenges – a ground-breaking £425m cancer research initiative co-founded in 2020 by Cancer Research UK and the National Cancer Institute in the US.

The other teams are NextTGen, led by US and UK researchers including academics at Cardiff University, which aims to develop effective and kinder treatments for childhood solid cancers, including sarcomas and brain tumours by bringing engineered T cell therapies to the routine treatment of these children within a decade and PROMINENT which aims to create a roadmap of tumour development.

According to the World Health Organisation cancer is the second leading cause of death around the worldand growing all the time, claiming almost 10 million lives a year, accounting for 1 in 5 deaths worldwide.

This means the world is witnessing a growing cancer burden, that exerts tremendous physical, emotional and financial strain on individuals, families, communities and national healthcare systems.

Cancer is a global issue that needs a global effort to tackle, and Cancer Grand Challenges’ unique model of collaboration facilitates researchers from around the world to come together across traditional boundaries of geography and disciplines, encouraging them to think differently and drive progress in pursuit of some of cancer’s toughest challenges.

Cancer Grand Challenges’ unique model of collaboration facilitates researchers from around the globe to come together across traditional boundaries of geography and discipline, encouraging them to think differently and drive progress in pursuit of some of cancer’s toughest challenges.

This major investment of four £20m awards into global team science will advance our understanding of cancer in a way that could not be achieved by working alone, leading to new advances for people with cancer, including those with great unmet clinical need – such as children with solid tumours and people whose cancer has become resistant to treatment.

Cancer Research UK Chief Clinician and Cancer Grand Challenges scientific committee member, Professor Charles Swanton, said: “I’ve seen first-hand the extreme weight loss and lethargy that patients experience from cancer cachexia and the need to develop treatments with less side effects, which also combat resistance and spread. That’s why I am so excited that we are funding these challenges because they have the potential to have a massive, positive impact for patients.”

Cancer Research UK Chief Executive Michelle Mitchell said: “We have seen over the last year how the world’s best scientists and researchers transcended borders to tackle Covid 19 and in a similar way, Cancer Grand Challenges shows how global partnerships with shared aspirations can power change.

“This global community is taking our research way beyond the boundaries of what is currently known to completely new frontiers in science, where we are finding new and improved ways to prevent, diagnose and treat cancer, to make it a disease people no longer die from.”