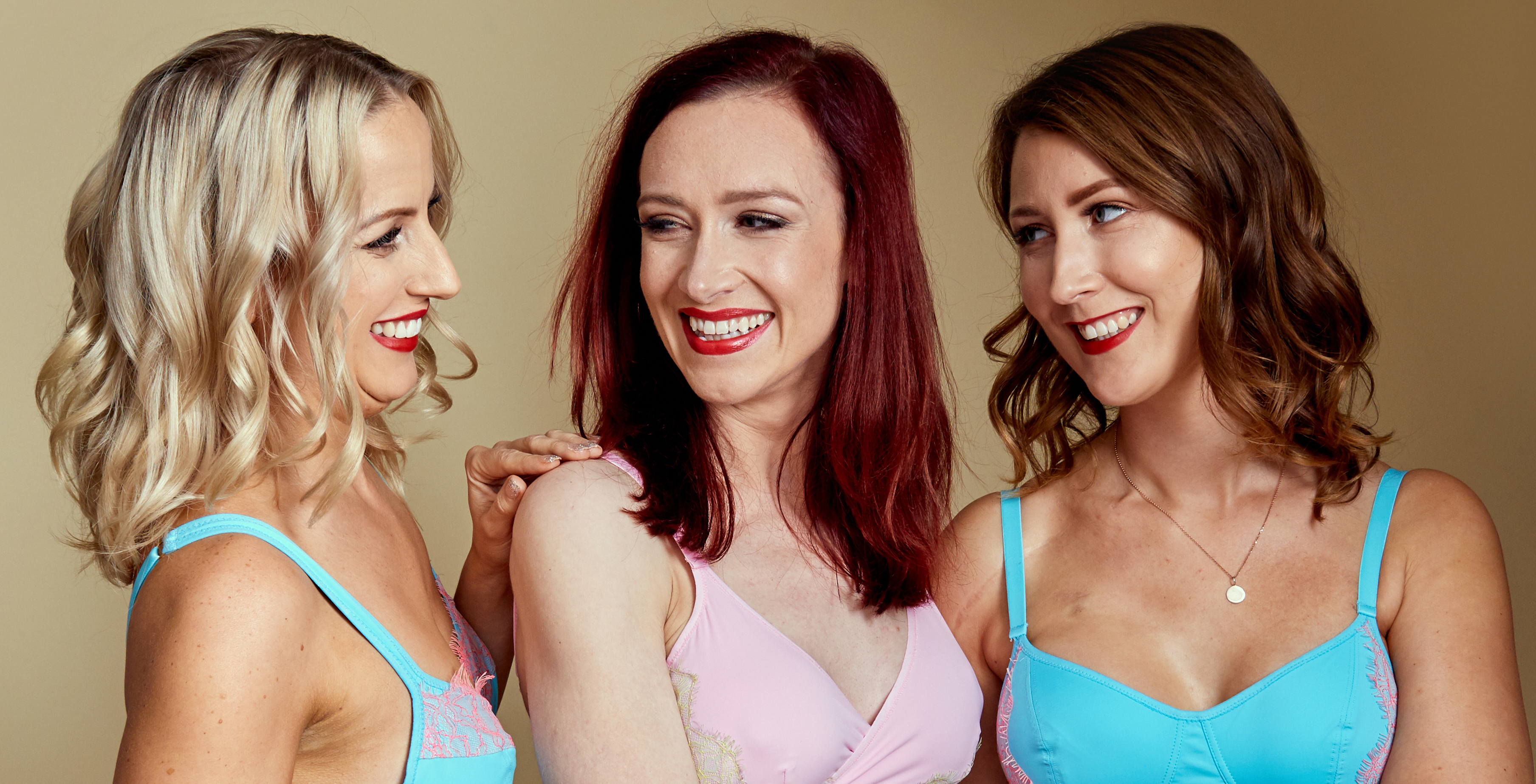 Eleanor Howie (33), Caroline Scott (38) and Laura Middleton-Hughes (32) brave the cameras and strip off in support of Cancer Research UK’s campaign for World Cancer Day on February 4.

The poster girls, who want to change people’s misconceptions on post-surgery scars, said they were reaching out to support the thousands of women across the country who have lost their confidence and self-esteem after undergoing cancer surgery.

The three friends, who have each had major breast surgery, are sharing their stories to highlight the need for more research and better treatments. They are urging people to join them by donating or wearing the charity’s Unity Band on February 4 as a sign of solidarity for people diagnosed with cancer. The Unity Band is available in three different colours – pink, navy and blue. It can be worn in memory of a loved one, to celebrate people who’ve overcome cancer or in support of those going through treatment.

Eleanor Howie, who set up a lingerie business for cancer survivors after undergoing a double mastectomy and reconstructive surgery, was only 24 when she made a difficult decision to undergo preventative surgery. Three years later her sister, Francesca, also turned 24 and made the same decision – both women carried a faulty copy of the BRCA1 gene which put them at very high risk of getting breast cancer. 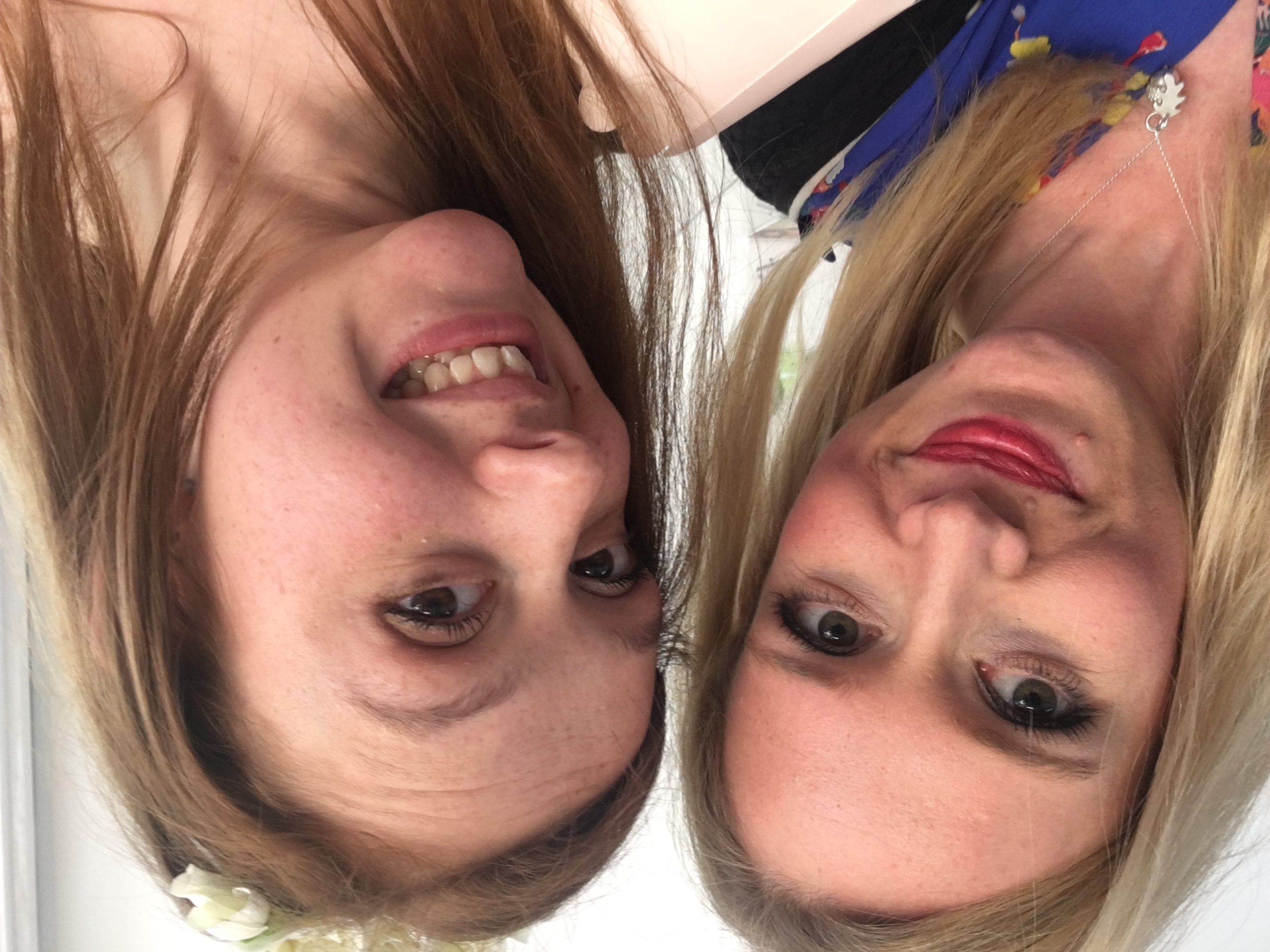 Eleanor, from Kings Lynn, went for genetic testing at Addenbrooke’s Hospital after finding out her mother and aunt were both diagnosed with breast cancer aged 31. Eleanor’s mum was successfully treated but her aunt, Lesley, died aged 34.

Eleanor, who is now the same age as her aunt when she died, believes her preventative surgery saved her life. On the 10-year anniversary of her mastectomy, she said: “The initial focus for many women is on the physical recovery from surgery but the mental impact can be long and lasting. Being able to feel positive about my self-image and self-esteem has been a struggle at times. Psychologically, preventative surgery was very difficult for me because I had a healthy body and yet I was subjecting myself to this very invasive surgery which would change my life and my relationship with my body for ever.”

Eleanor said when she had her surgery a lack of information and choice was a significant problem for young women like her, she added: “Before Angelina Jolie talked publicly about her faulty BRCA1 gene, there was very little information on preventative surgery, especially for women who were in their early 20s like me and Francesca. I needed to know what I would look like after surgery but I couldn’t find anything which was relatable to myself – all the information was aimed at women in their 60s.”

Last year, Cancer Research UK also spent around £30 million on research into breast cancer. Over the last 40 years, the charity’s work has helped double breast cancer survival and played an important role in the discovery of the BRCA1 and BRCA2 genes. Faults in these genes increase the risk of breast and ovarian cancers (and other types of cancer too).

The discovery of the BRCA genes has not only has enabled families with a history of breast cancer to be assessed for future risk, but also laid the groundwork for developing new forms of treatment.

There are around 55,200 new breast cancer cases in the UK every year – that’s around 150 every day. It’s the most common cancer in the UK, accounting for 15% of all new cancer cases, with 81% women diagnosed, requiring surgery.

Eleanor added: “Some women feel their treatment strips away a lot of things they associate with their femininity; they lose their hair, their eyelashes and their breasts. You become disconnected from your body to such an extent that it doesn’t feel that it belongs to you anymore but over time you reclaim it, you embrace your scars, which are part of your story, and you do slowly rebuild your confidence.

“After surgery I wasn’t completely flat but I had bumps and not breasts. I consider myself a feminist and looks are not everything but as a young woman feeling sexy and attractive is important. Part of the problem for me was the lack of feminine post-surgery lingerie – there was none, unless you like beige and uninspiring. There was nothing that made me feel confident and beautiful and that’s why I set up Valiant Lingerie to help women like me feel more confident about their bodies after surgery.”

Laura Middleton-Hughes, from Norwich, who set up the Secondary Sisters – an online cancer community support group – with her friend Nicky, after both women were diagnosed with incurable cancer at 28 and 30, said she was supporting Cancer Research UK’s campaign for World Cancer Day because no family should ever have to go through the terrible ordeal of seeing a loved one diagnosed with cancer.

Talking about her surgery, which was similar to Eleanor’s, she said: “I would always advise women to listen to their consultant and take their advice as they are the experts. Surgery saves and prolongs life and I have never regretted having mine. After my mastectomy I did initially feel frumpy and I didn’t think I would ever feel sexy and pretty again. You do lose confidence and, at first, I could never look at myself in the mirror but my reconstruction helped me. It allowed me to accept who I was and it was a sign that I was getting through my illness. It felt that I was taking back control of my body and confidence and self-esteem soon came back. You learn to love your scars because ultimately they are reminders of what saved your life and you can feel and look sexy again.”

Laura continued: “Breast surgery can be invasive but my treatment is the end product of a lot of research. It’s because of improvements in treatment and research that I enjoy doing all the things with the people who are so dear to me. It’s upsetting to think about research being slowed down and what this might mean for people like me in the months and years to come. So, I want people to show their support on World Cancer Day and help make a real difference to people with cancer." 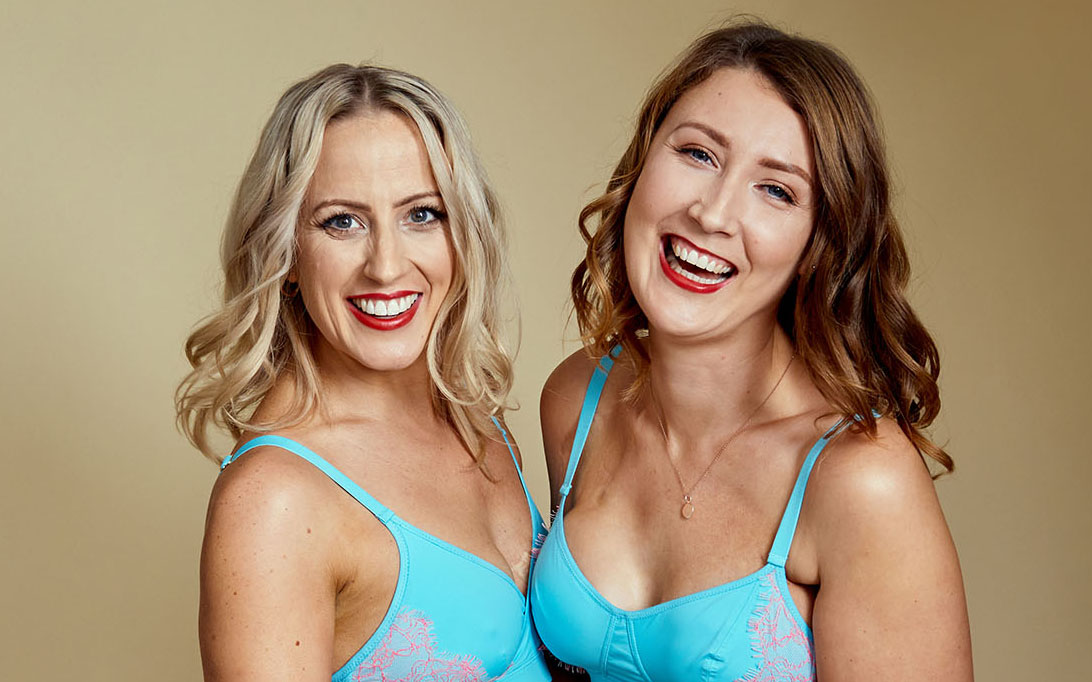 Caroline Scott, from Attleborough, is a trustee at the charity KeepingAbreast. She was just 31 when she was diagnosed with breast cancer and had a single mastectomy and reconstructive surgery, she said: “I had surgery to save my life. I did not question my decision for one minute as I wanted to live. Afterwards, you do feel and look different and, after you have looked at yourself in the mirror for the first, second and third time and you realise that you can’t just walk into a store again and buy a bra like you could before, you do start to lose self-esteem and confidence.

“Shopping for underwear does not help, more often than not you have to go to the corner of the store where underwear for women who have had a mastectomy is tucked away and hidden from view. That just makes you feel even more different, more uncomfortable and knocks your confidence

“A lot of women do eventually became proud of their scars and proud of what their body has gone through and that did happen with me. Before I had cancer I would never of dreamed of posing in my underwear but after surgery your outlook on life changes dramatically. I want to live and I want to grasp life with both hands – a few scars is not going to stop me modelling or being a voice for thousands of women whose self-esteem has perhaps taken a knock after having surgery. Our bodies may have been left a bit battered, but ultimately surgery saves lives and that’s nothing to be ashamed off. I wear my scars with pride and feel empowered by what my body has got me through.”

Every year, around 35,500 people are diagnosed with cancer in the East of England. By donating or getting a Unity Band, people across the region will be raising money to help get life-saving research back on track after the impact of the COVID-19 pandemic.

Cancer Research UK expects to see its fundraising income decline by a staggering £300m over the next three years, which could put future breakthroughs at risk for people like Eleanor, Laura and Caroline.

World Cancer Day is an international initiative, uniting people around the world on 4 February to beat the disease. In the UK, survival has doubled in the last 40 years and Cancer Research UK’s work has been at the heart of that progress.

One in two people in the UK will get cancer in their lifetime, which is why the charity is absolutely determined to continue to create better cancer treatments for tomorrow.

Patrick Keely, Cancer Research UK spokesperson for the East of England, said: “COVID-19 has hit us hard, so we are very grateful to Eleanor, Laura and Caroline for their support. Our research has played a role in developing 8 of the world’s top 10 cancer drugs and we’re working every day to find new ways to prevent, diagnose and treat the disease. But we can’t do it alone. By donating to mark World Cancer Day people in Norfolk will be funding world-class research to help more people, like Eleanor, survive. Together, we will beat cancer.”

Donate or get a Unity Band online at cruk.org/worldcancerday.