Breast cancer DNA ‘barcoding’ programme to be rolled out 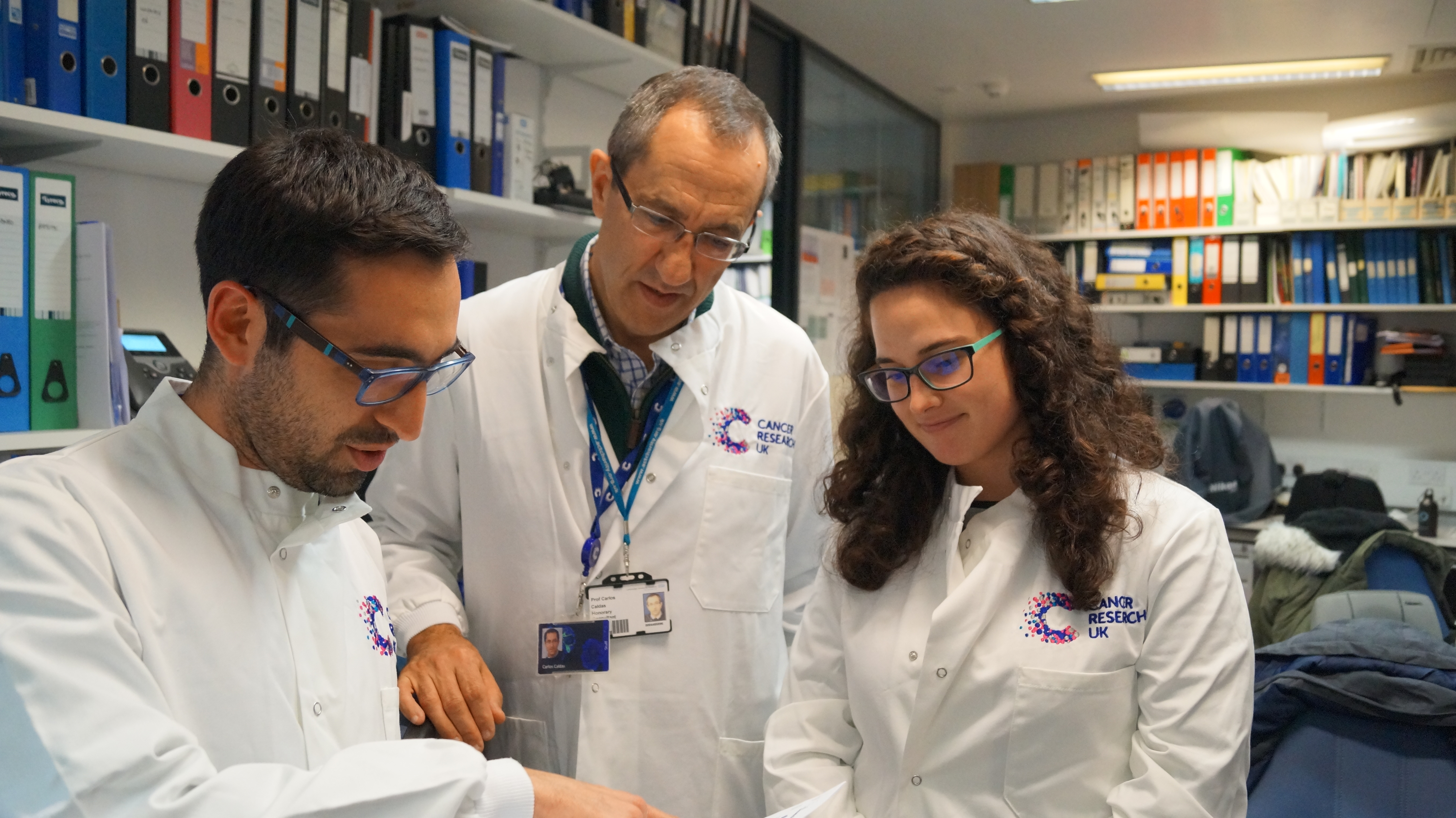 Breast cancer DNA ‘barcoding’ programme to be rolled out

A pioneering Cambridge-based breast cancer programme, which reads DNA and RNA information like a barcode to tailor treatment, is being rolled out to a further 2,000 patients after receiving funding from Cancer Research UK and philanthropic donors.

Cancer Research UK has awarded over £1m in funding for the next phase of the programme, with further funding to come from The Mark Foundation for Cancer Research, a US-based philanthropic organisation.

The Personalised Breast Cancer Programme (PBCP) was set up not only to advance research but also to benefit patients currently undergoing treatment.

As standard, cancer cells are examined under a microscope to identify which type of breast cancer the patient has. Doctors then work out the best treatment plan but some patients will not respond and it is hard to know why.

Finding out which genes have become faulty in breast cancer cells provides another level of data and can help researchers understand more about how cancer develops. It can also help doctors tailor treatment for individual patients.

For some years scientists have been analysing the genetic ‘barcode’ of tumours for research purposes but it is a lengthy process and does not usually benefit the patients who donate their tissue.

The pilot phase of the PBCP began in November 2016. It was a collaboration between Cancer Research UK and Addenbrooke’s Charitable Trust to test if the genetic results could be returned to the medical team and patient within 12 weeks.

Over 250 patients from Addenbrooke’s Breast Cancer Unit took part in the pilot, becoming the first NHS breast cancer patients to have whole genome sequencing of their tumour as part of their routine treatment.

For every patient on the programme, the DNA and RNA readouts from their tumour cells were compared with those of their healthy cells to study which genetic mistakes were causing the disease and which weaknesses could be targeted with cancer drugs.

The results also identified whether the patient had any inherited genetic faults that increase the risk of breast cancer or could cause toxic side-effects to chemotherapy.

For the majority of patients, the genetic results have confirmed that they were receiving the best treatment available, a small number were found to be better suited to a different drug, and over half were found to be potentially eligible for a clinical trial should they relapse in the future.

The new funding will allow the programme to be rolled out at a number of sites in the East of England later this year. Further sites from across the UK will be added in 2019.

Dr Jean Abraham, who is co-leading the PBCP study in the clinic, says the pilot has shown that with the right infrastructure, genetic barcoding could work in a clinical setting. 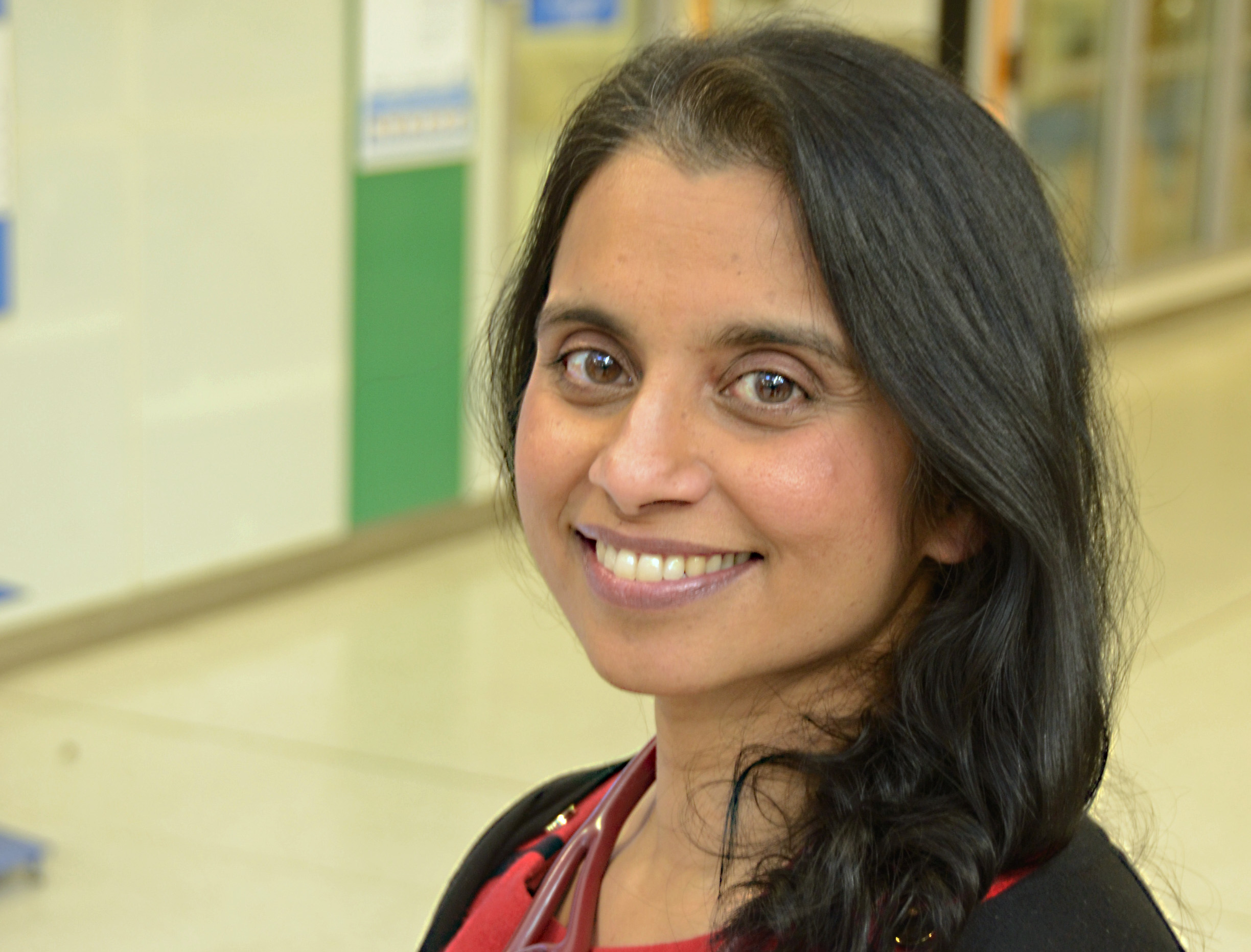 Dr Abraham said: “The beauty of the sequencing project is that we are getting the data faster and can react. We have done this before for research purposes but it can take many months, this isn’t as meaningful for patients, we wanted to have an impact now. We have reduced the timescale to 12 weeks. In fact, on average it is more like six-nine weeks from receiving the sample to returning the result to the patient in clinic.

“The benefits are various and depend on the stage. If it is advanced stage, the findings that we get from the whole genome, that genetic information, might push us towards a different treatment, or you might find a specific mutation which means they could take a certain clinical trial. Some tumours have clustered regions of excessive amounts of mutations. These tumours are said to be hypermutated. Hypermutations are thought to respond better to immunotherapy and so we can push for an immunotherapy trial. So these findings can help direct clinicians to using more novel and targeted drugs.

“A lot of patients will not see their treatment plan change but it might offer hope if there is a relapse. We will have a better idea of what to do at that stage, it becomes an armoury of knowledge, we know the weakness that we can target. That is a comfort to them. In addition, knowing that you don’t carry any high risk hereditary genes is reassuring to both the patient and their family.”

Catharine Scott, 50, joined the Personalised Breast Cancer Programme soon after it launched. The genetic ‘barcoding’ of Catharine’s tumour confirmed that she was on the best available treatment plan.

It also revealed that Catharine’s cancer was not hereditary, therefore the genes that caused her cancer would not be passed onto her children.

Catharine said: “It was quite a significant tumour, fast-growing and grade 3. Until that point I had always thought breast cancer was breast cancer. I hadn’t realised there were different types. That’s why the research into personalised medicine is important as they are getting more information about your tumour and which is the best treatment for you. It was a relief to realise. 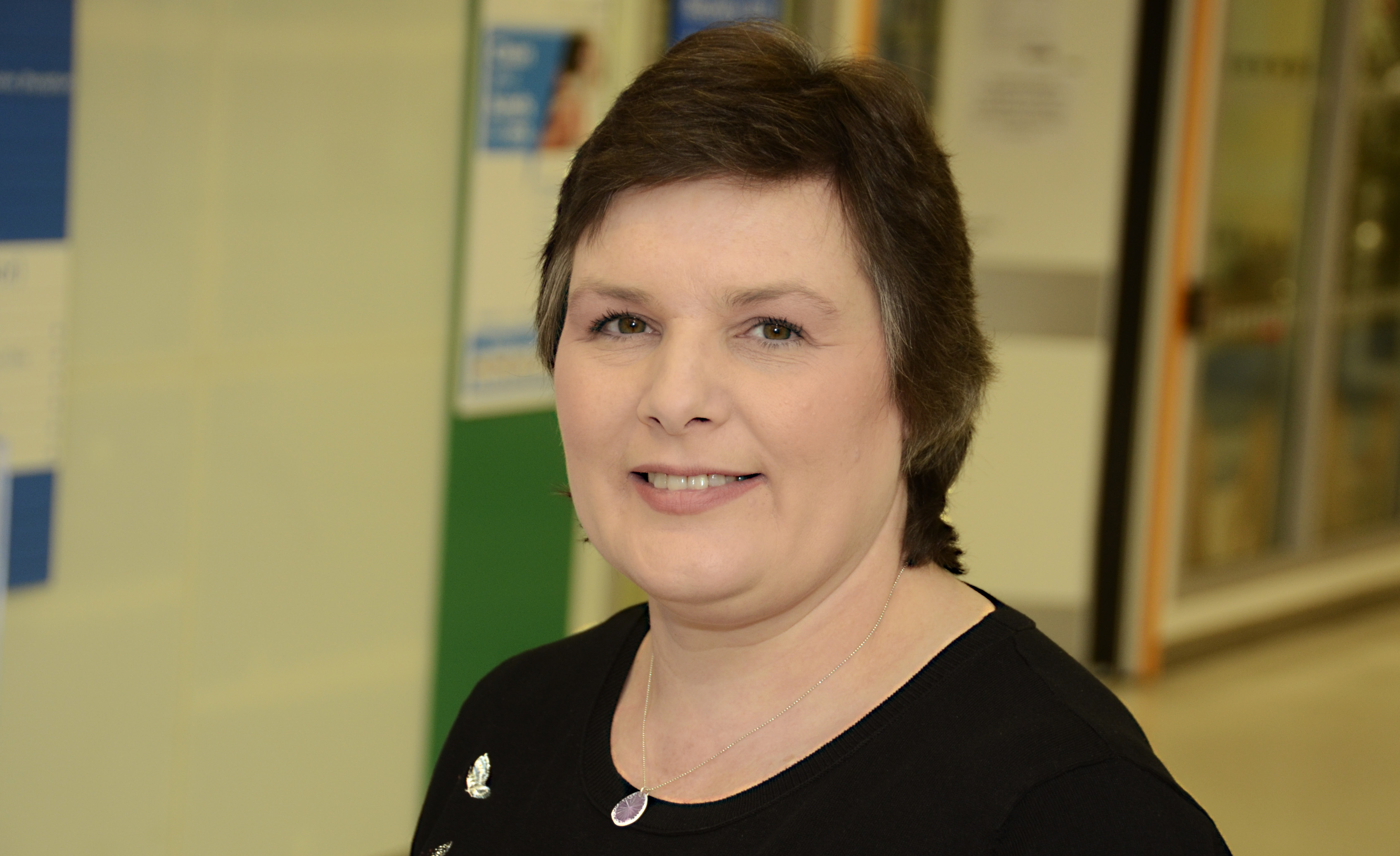 “After signing up for the programme, I also found out that I was eligible for a trial. I was given the chemo that I needed but I also tried a new drug as well. I didn’t need to have a mastectomy because the tumour had shrunk enough during treatment, from 4.9cms it had almost shrunk to nothing.

“This definitely opened my eyes to the importance of research, it’s inspiring when you see it and are involved in it. Somewhere there is a bit of my body being used for research! I had extra biopsies for the research that they do on the Personalised Breast Cancer Programme. It is strange to think these samples are being kept or used but, if it’s helping, that is great. If you are going through something like this, you do want to help others.”

The Personalised Breast Cancer Programme builds on ten years of research led by Professor Carlos Caldas at the CRUK Cambridge Institute, which discovered that breast cancer has at least ten different genetic subtypes - each subtype has a distinctive genetic and molecular fingerprint and each has different weak spots which can be targeted.

The landmark international study undertook genomic analyses of 2,000 frozen breast tumour samples and compared these with the long-term outcomes of each patient. It was one of the largest global studies of breast cancer tissue ever performed.

The findings marked a breakthrough in the understanding of the underlying genetics of breast cancer and how it impacts disease prognosis and patient outcomes. Importantly, these results heralded a major step towards developing a more precise diagnosis and a more effective treatment pathway for breast cancer patients than is currently possible.

The Personalised Breast Cancer Programme is building on this research, the data and tissue samples are being used in the lab to develop new drugs and test new treatments.

By growing patient tumour samples in mice and creating a living cancer cell library, researchers are able to better preserve the tissue samples and test drugs in an environment that is similar to the human body, increasing the accuracy of research results.

They are also testing thousands of new drug compounds on the tissue samples to find better treatments for the different types of breast cancer.

And they can start afresh with each tumour, allowing them to see how the patient would respond to different drugs, including those not available for those with early stage cancer.

Professor Caldas, based at the Cancer Research UK Cambridge Institute, overall programme lead, and Director of the Breast Cancer Programme at the Cancer Research UK Cancer Centre, said: “Over thirty years ago we thought breast cancer was one disease, we now know it is different types and requires different treatments. This ability to sequence the genetic information of a patient’s cancer allows us to discover more of the secrets of the cancer and how it behaves. 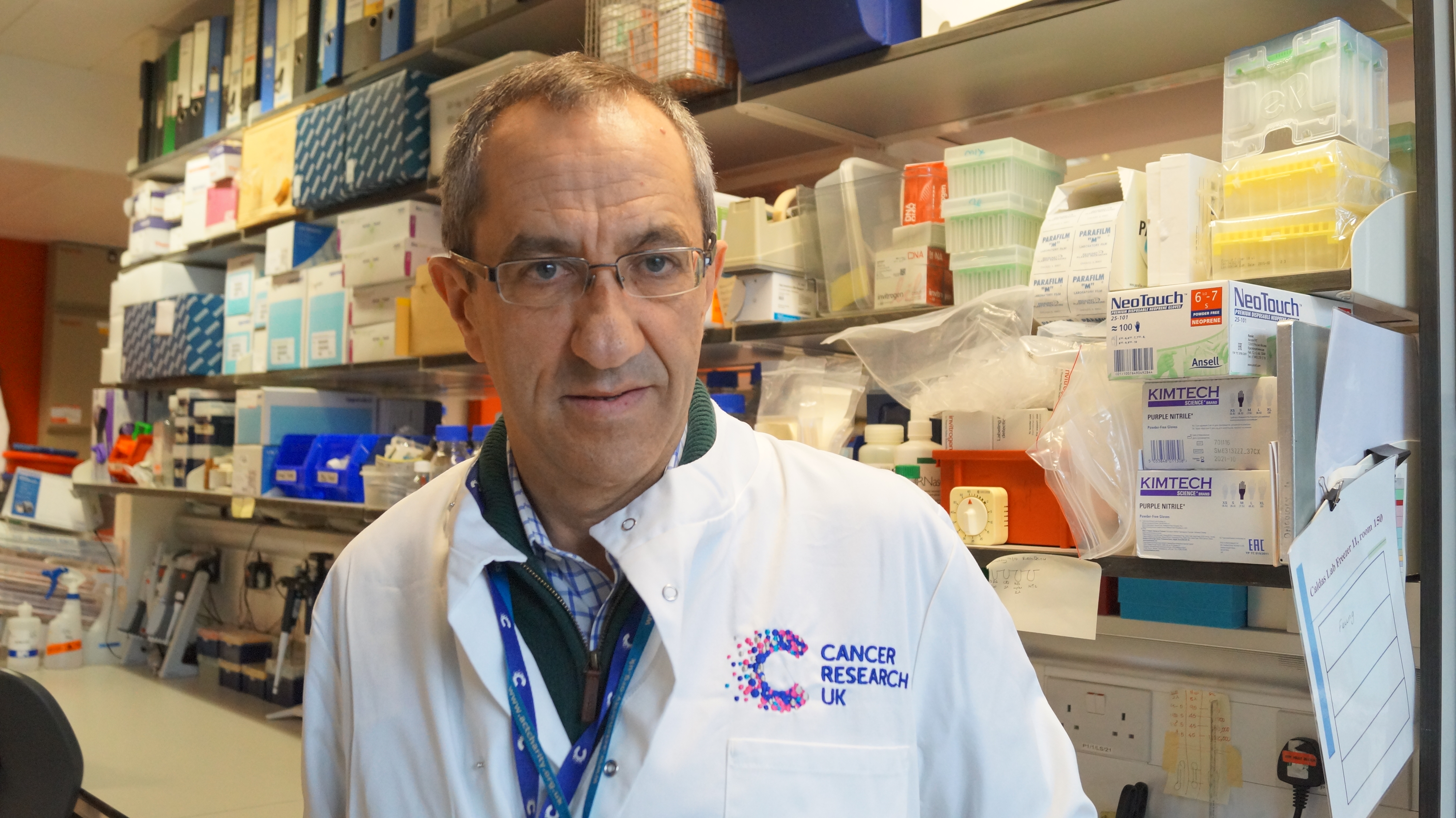 “The parallel work we are doing on drug development allows us to test more compounds and to speed up the process. At the moment, experimental drugs are only used in patients with advanced stage cancer, we need to change this so we can see how these drugs would help patients who could potentially still be cured. The work we do is allowing us to move towards that.”

The initial feasibility stage of the programme was funded by ACT’s Bracode campaign and aimed to test if the programme could work in a clinical setting.

Dr Jenny Longmore, Director of Research at Addenbrooke’s Charitable Trust (ACT) said: “ACT is pleased to have been able to support the pilot stage of this clinical research project with more than £1.1 million of funding from many generous supporters demonstrating the feasibility of using this approach and using the power of genomics in a real life clinical setting.”