Cambridge scientists lead the way in next generation radiotherapy research.

Cambridge scientists have been awarded a major cash boost from Cancer Research UK to pioneer new radiotherapy technologies and techniques that could help more people survive cancer in the future.

Experts from the Cancer Research UK Cambridge Centre are set to receive £8 million over the next five years.

Cambridge has been chosen to be one of just seven centres of excellence in a UK-wide network that will accelerate advances in radiotherapy research. Centres will also be located in Manchester, Glasgow, Oxford, Leeds and London.

More than 130,000 patients in the UK are treated with radiotherapy on the NHS every year. In its simplest form, the treatment works by targeting tumours with x-ray radiation, killing cancer cells by irreversibly damaging their DNA.

Cancer Research UK supported some of the earliest research into the treatment of cancer with radiation and pioneered the first use of radiotherapy in the 1920s. 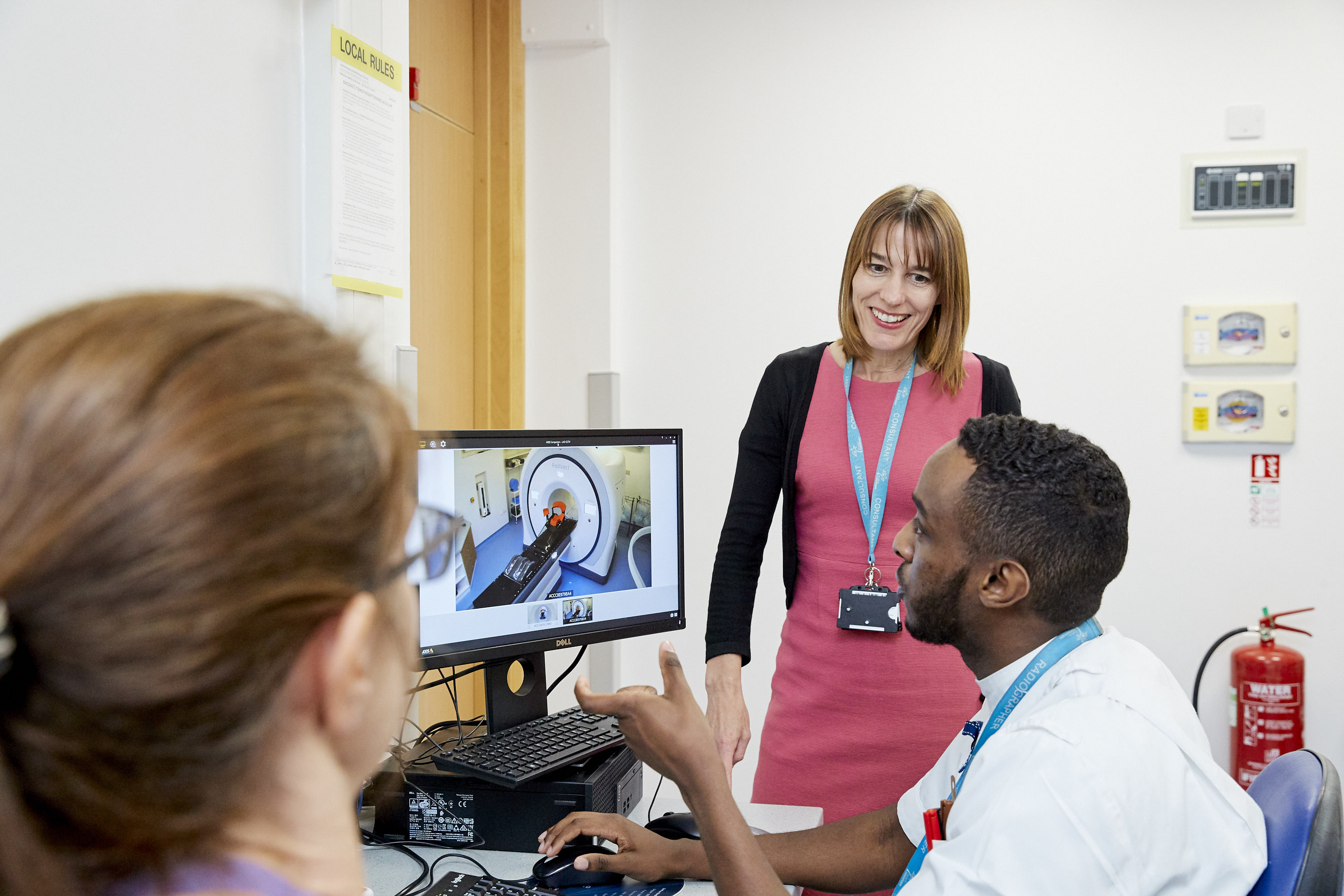 Professor Charlotte Coles, Consultant Clinical Oncologist at Addenbrooke’s Hospital, Cambridge is lead researcher for the centre which could help to save the lives of more people with cancer in the city – and across the UK – in the future.

She said: “We are very proud that Cambridge has been awarded this grant to bring the next generation of radiotherapy treatments to patients sooner. The funding will support us to develop new radiotherapy technologies to help more people beat cancer and have a better quality of life after treatment.

"Our Cambridge team will create a research “pipeline” starting with “discovery science” – to find out how different tumours are able to repair DNA damage caused by radiotherapy and then use the latest gene-editing technology to develop radiotherapy-novel drug combinations  that stop this process and overcome resistance to radiotherapy.  We plan to bring these new discoveries into the clinic by designing novel clinical trials and also use artificial intelligence to predict how tumours and normal cells react to radiotherapy. 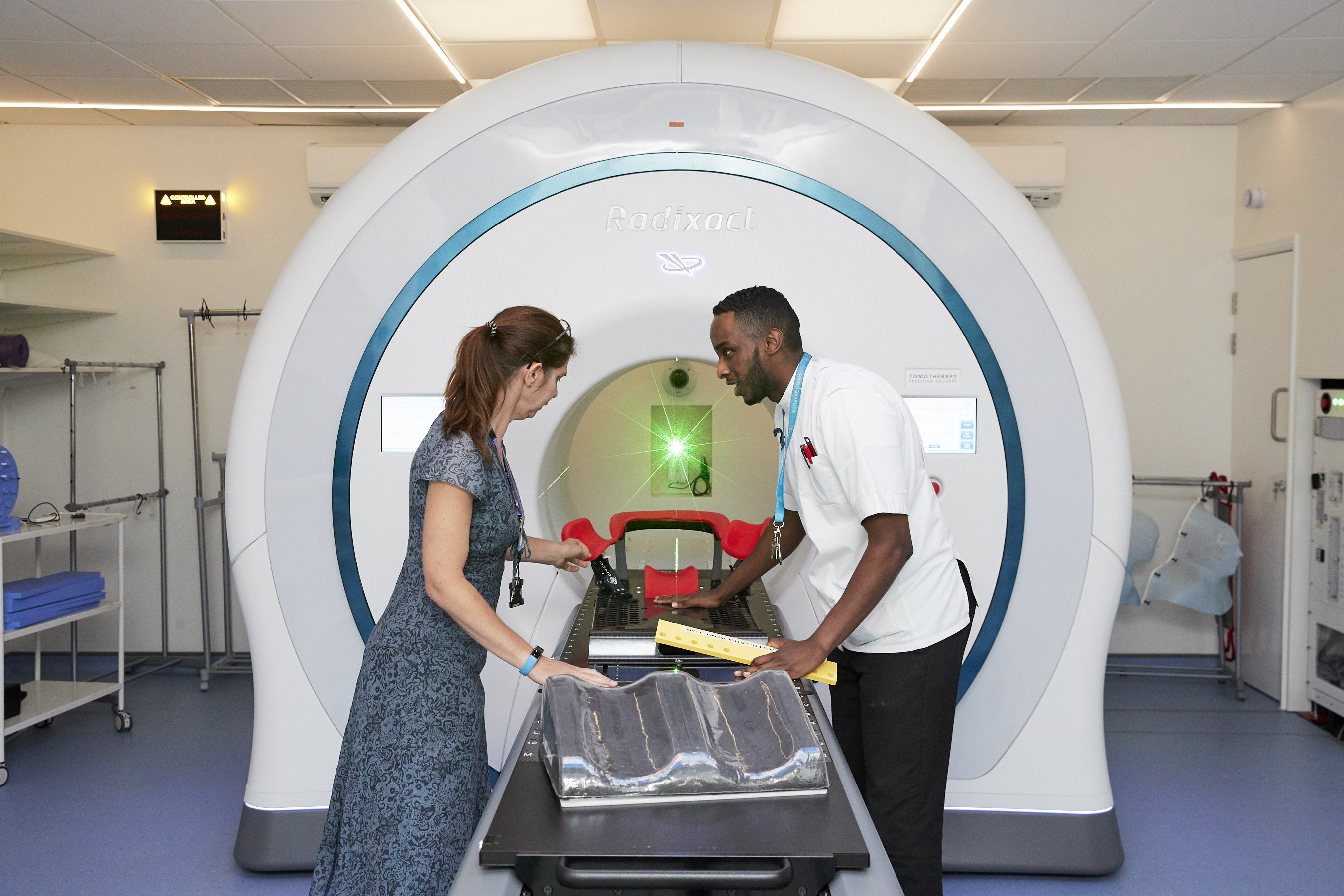 "We have really world-class scientists in Cambridge and fantastic clinical researchers that include doctors, physicists, radiographers and nurses. This funding now gives us a real opportunity to bring all this expertise together into one big team who is completely committed radiotherapy research. We will be focussing on breast, lung and children’s brain tumours and will work closely with whole radiotherapy research community in partnership with patients. Our united goal is to enable everyone needing radiotherapy to achieve the best chance of cure with the least side effects."

Michelle Mitchell, chief executive of Cancer Research UK, said: “Radiotherapy is a cornerstone of cancer medicine, with around 3 in 10 patients receiving it as part of their treatment. The launch of our network marks a new era of radiotherapy research in the UK. Scientists will combine advances in our understanding of cancer biology with cutting-edge technology to make this treatment more precise and effective than ever before”.

Hilary Stobart (65), from Cambridgeshire, knows all too well why radiotherapy research is so important, she was treated with surgery and radiotherapy at Addenbrooke's Hospital after being diagnosed with breast cancer in 2009. 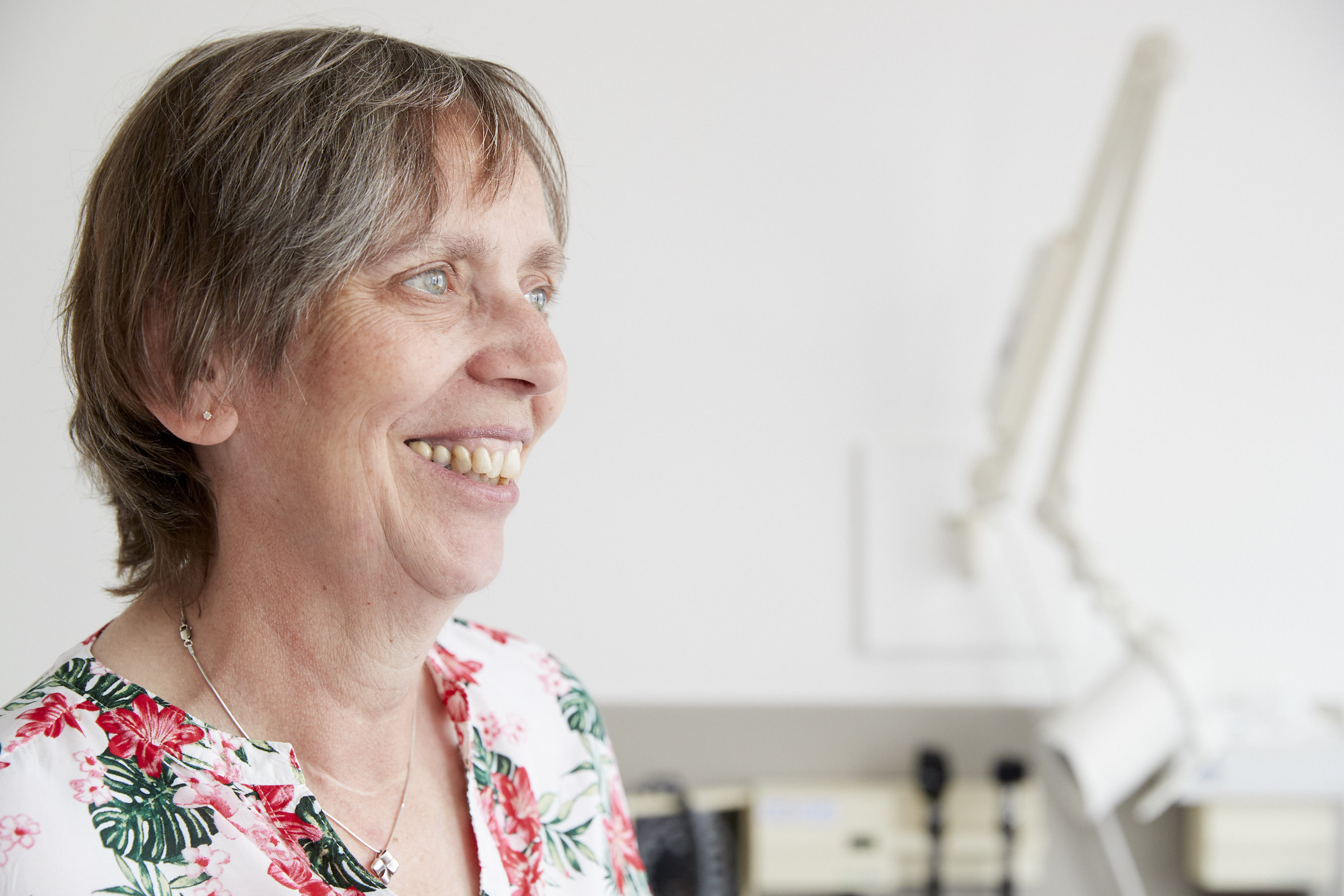 She was invited to join a UK-wide clinical trial, IMPORT LOW (led by Prof Coles and team) to test whether giving radiotherapy to a smaller area of the breast around the tumour bed (partial radiotherapy) would be as effective as the standard of whole breast radiotherapy, whilst reducing side-effects, including changes in breast appearance.

At first, Hilary was apprehensive about taking part in a trial that perhaps offered her less radiotherapy than the standard, she said: “My first reaction was one of uncertainty. Lots of people had been receiving the full radiation treatment and they seemed ok – so it seemed to me that option might be better for me. I was in two minds whether to take part until I spoke with the research nurse who explained why the trial was being undertaken, what the risks and benefits were, and how it would help people in the future.”

Hilary, whose work in the past has involved planning radiotherapy treatments, knows perhaps more than other patients just what the process would  involve, she  said: “For my breast cancer I had no chemotherapy, just surgery and radiotherapy. On the trial there were three groups – one was standard treatment, one was a bit less, and the third, the one I was on, involved the least amount of radiotherapy.”

Hilary added: "I was in a group with the least amount of radiotherapy and thankfully I had very few side effects – just some soreness at the start but that was it. I had great treatment and I am very pleased that I took part in this study. I was also very proud to hear when the 5 year-trial results were published in the Lancet, and to know that partial radiotherapy is now offered as standard of care when appropriate."

Hilary, a member of Independent Cancer Patients' Voice (ICPV), a patient-led charity working with patients in cancer research, added: “I used to be a scientist so I was interested in research and I wanted to know if this trial would be of benefit to me and to patients in the future. RadNet will involve collaboration and leadership in laboratory research and clinical trials, and having centres of excellence like Cambridge will only improve standards everywhere. It will help personalise the treatment, determine what the risks are for each patient and also the kind of radiotherapy that is more effective and helpful to each patient’s needs. Each centre will collaborate to produce the best results and that can only be a good thing.”

The ‘RadNet’ funding coincides with the launch of Cancer Research UK’s ‘Right Now’ campaign which highlights both the reality of experiences like Hilary, and the positive impact that research and better treatments – like those supported through the RadNet programme – can have on people’s lives.

One in two people in the UK will be diagnosed with cancer at some stage in their lives but the good news is, thanks to research, more people are surviving the disease than ever before. Survival has doubled in the last 40 years in the UK and Cancer Research UK’s work has been at the heart of that progress.

Patrick Keely, Cancer Research UK spokesperson for the East, said: “This award is fantastic recognition of the world leading radiotherapy research taking place in Cambridge, which will help shape a better future for people with cancer through new technologies and treatments.

“People in this region have every right to feel proud of the ground-breaking research being carried out on their doorstep and of their fundraising efforts, which are helping to beat the disease.”

He continued: “Every hour, around four people are diagnosed with cancer in the East. That’s why we’re working every day to find new ways to prevent, diagnose and treat the disease. But we can’t do it alone.

“We are so grateful to her for sharing her cancer journey and we hope people in this region will be moved to show their support, whether it’s joining a Race for Life event, volunteering in our shops or making a donation. Together, we will beat cancer.”

One in two people in the UK will be diagnosed with cancer at some stage in their lives but the good news is, thanks to research, more people are surviving the disease than ever before. Survival has doubled in the last 40 years in the UK and Cancer Research UK’s work has been at the heart of that progress.