Paul and Fanni, who are both members of the Centre's Cell and Molecular Biology Programme, and Nicole who is a member of the Haematological Malignancies Programme, are part of a group of 56 new members who are joining more than 1800 of the best researchers in Europe and around the world.

Election to EMBO Membership is recognition of research excellence and the outstanding achievements made by a life scientist.

EMBO Members actively participate in the execution of the organisation’s initiatives by serving on Council, committees and editorial boards, and by evaluating applications for EMBO funding. As a result, EMBO Members collectively influence the future directions of life science research and strengthen research communities across Europe. 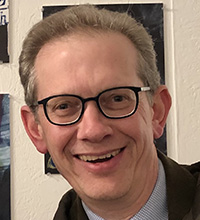 Paul's research group studies how cells repress viruses, and in turn how the viruses avoid this silencing, evade immune recognition and manipulate the cell for their own ends.

"It's a real privilege to be elected to EMBO and recognises the incredible contribution of both past and present members of my laboratory as well as continued support from the Wellcome Trust and MRC," said Paul.

Fanni's research seeks to understand how centrosomes contribute to normal and pathological processes such as embryonic growth, neurodevelopment and tumourigenesis. By using a combination of genetic, molecular and proteomic tools, her team interrogates the roles of centrosome components in cell proliferation and signalling. Most recently, the group's work is focused on identifying tissue-specific functions for these ubiquitous organelles. 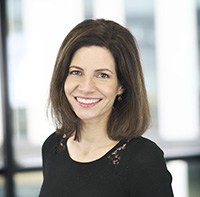 "It is an honour to be elected a member of EMBO by my peers. This award also recognises the research efforts of my talented team and fantastic collaborators, all made possible by the invaluable support of Cancer Research UK and the Cambridge Institute," said Fanni. "I look forward to contributing to EMBO's valuable work strengthening the research community in Europe and beyond."

Nicole's research group explores the relationship between metabolic pathways and signalling in blood cell development and the impact this has on diseases ranging from heart disease to blood clotting and inflammatory disorders. 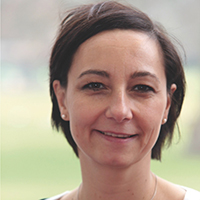 Nicole said: "I am delighted to be elected to EMBO. Understanding the molecular basis of health and disease, through the lens of genetics, is central to my scientific approach. To join such a distinguished group of scientists is an honour. Yet the scale of science needed to investigate the underlying genetics of complex disease requires worldwide collaboration and I would like to thank everyone in my team and all my collaborators for their dedication, creativity and support."

“EMBO Members are excellent scientists who conduct research at the forefront of all life science disciplines, ranging from computational models or analyses of single molecules and cellular mechanics to the study of higher-order systems in development, cognitive neuroscience and evolution,” said EMBO Director Maria Leptin.

The new EMBO Members and Associate Members will be formally welcomed at the annual Members’ Meeting in Heidelberg between 29 and 31 October 2019.
11 Jun 2019