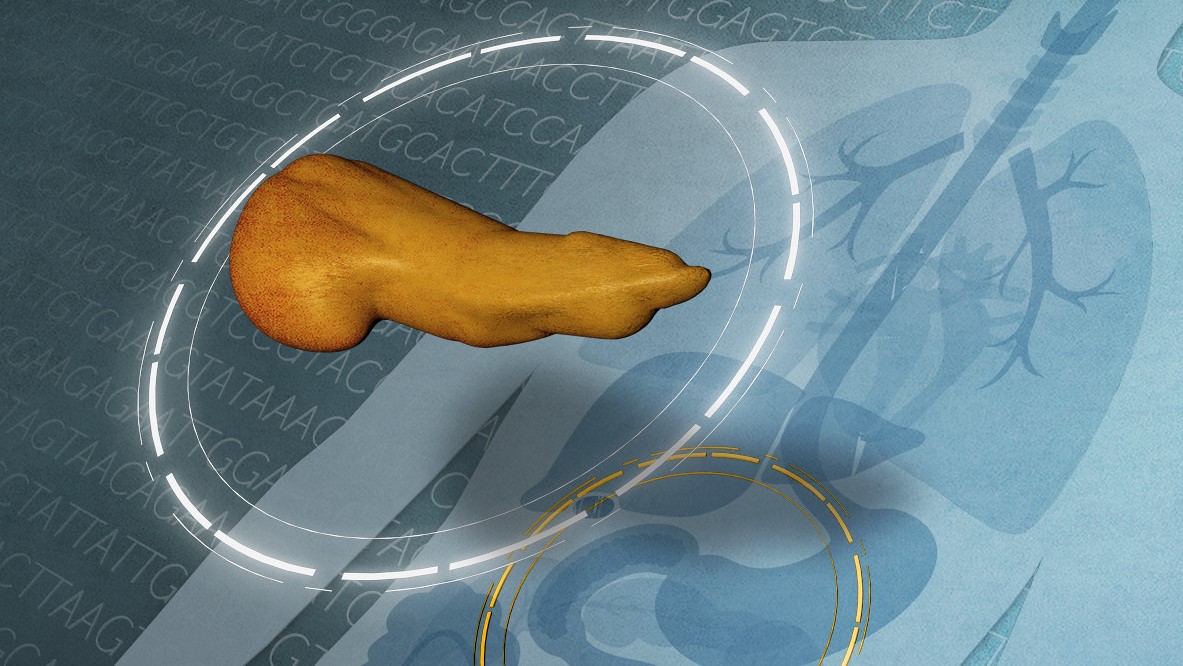 Mutations linking liver disease with obesity and diabetes have been identified, leading to new understanding about how systemic diseases interact.

For the first time, DNA mutations in liver cells have been identified that impact metabolism and insulin sensitivity in patients with liver disease. These mutations are specific to liver disease that is associated with obesity, type 2 diabetes, and chronic alcohol consumption.

The study, from the Wellcome Sanger Institute, the Cancer Research UK Cambridge Institute, the Cancer Grand Challenges Mutographs team, and collaborators, identified five genes that are mutated in people with liver disease and offered a deeper understanding about the role that three of these play in the disordered fat metabolism seen in non-alcoholic fatty liver disease (NAFLD) and chronic alcohol consumption.

The research, published today (13th October 2021) in Nature, shows that these mutations reduce the sensitivity of liver cells to insulin, with resistance to insulin activity being the hallmark of type 2 diabetes. These findings demonstrate that mutations acquired during a person’s life could impair the liver’s ability to respond normally to dietary sugars and fats.

Dr Matthew Hoare, senior author, Advanced Clinician Scientist at Cancer Research UK Cambridge Institute and member of CRUK Cambridge Centre Early Detection Programme, said: “Understanding the role of these, and other, mutations in liver disease could help identify those who will be at higher risk of future complications, such as metabolic issues or liver cancer. 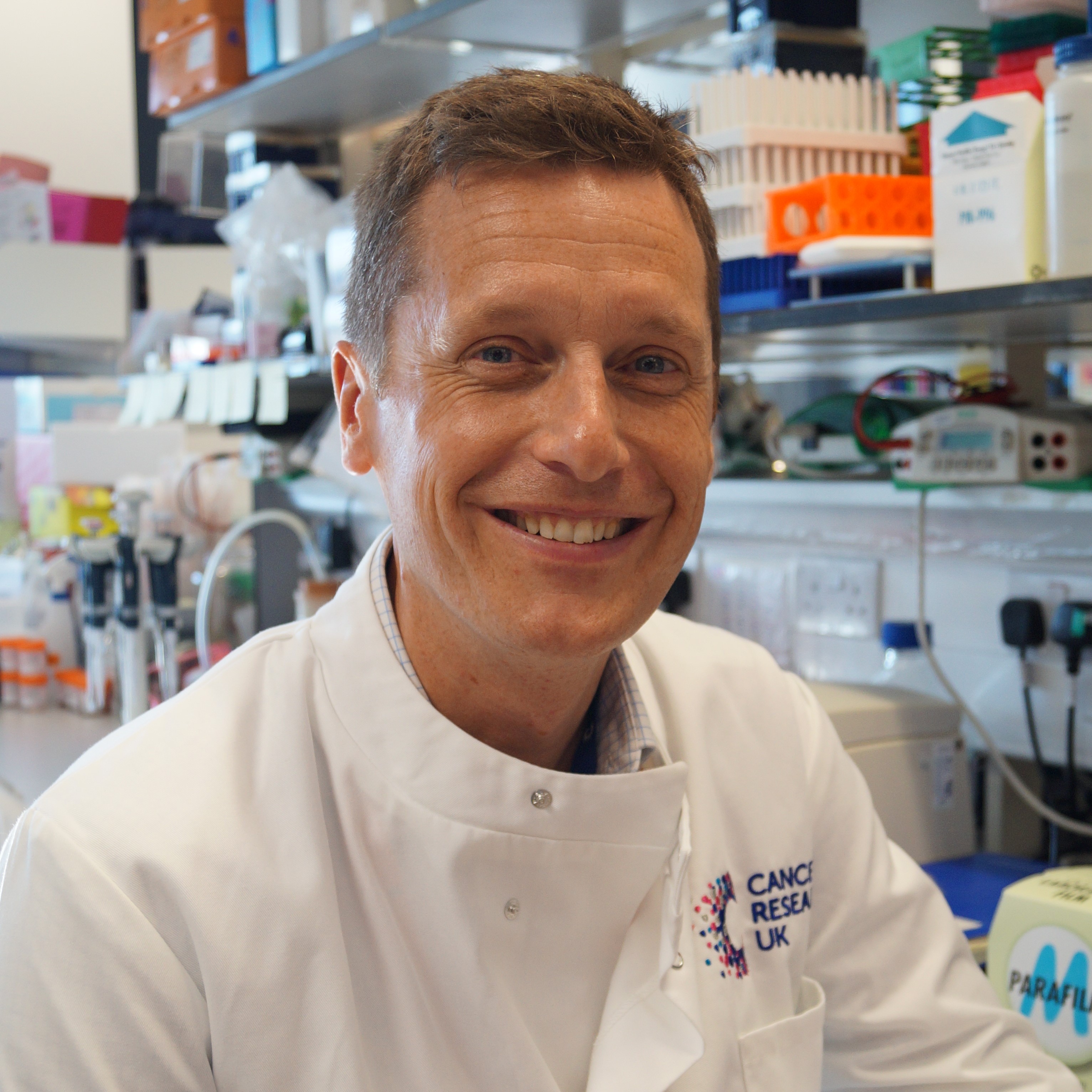 "Interestingly, none of the mutations in metabolism genes were linked to the development of liver cancer, possibly because cancer cells are hungry for nutrients and these mutations may actually disrupt the cells’ ability to meet those metabolic demands. This information may prove useful in understanding the changes experienced by a liver cancer as it evolves from a background of chronic liver disease.”

In the future, understanding the pattern of genetic mutations in a patient’s liver could help identify the correct diagnosis. These patterns of mutations could also be used to characterise different subtypes of liver disease, possibly helping to match treatments to each group. Also, while more studies are needed, this research could lead to a potential new model for understanding how mutations in specific cell types can contribute to systemic metabolic diseases, such as diabetes.

This new research analysed 1590 genomes from 34 patient liver samples, including healthy livers and those with liver disease. The team identified five genes in liver cells, otherwise known as hepatocytes, that are mutated in patients who had liver disease. Three of these were genes that have a direct impact on how liver cells metabolise fat and respond to insulin.

When there is high consumption of alcohol or calories, insulin signals to the liver cells to take up, process, and store a large amount of fat. If this is sustained for long periods of time, the burden of storing this excess fat damages the cells, leading to inflammation, chronic liver disease and ultimately scarring (cirrhosis) of the liver.

Cells that have mutations in the genes identified in the paper do not react to insulin signalling and therefore do not take up the fats. This allows them to escape the damage caused by storing excess fat, and enables these mutated cells to survive and grow. However, although these mutations provide a benefit to the individual liver cell, they may impair that cell’s ability to contribute to the function of the liver as a whole.

Remarkably, many of the patients had multiple independent mutations in metabolism genes. In some patients, this led to mutations collectively impacting up to 15-25 per cent of the entire liver, and having such a high number of liver cells carrying mutations could lead to organ-wide changes in liver function.

Within an individual patient’s liver, the same metabolism gene was often recurrently mutated. However, between different patients, the pattern of mutations was different, suggesting that it might be possible to spilt liver diseases into different subgroups defined by their patterns of mutations. With further research, it may be possible to develop and match novel treatments to these subgroups.

Dr Stanley Ng, first author and Postdoctoral Fellow at the Wellcome Sanger Institute, said: “Liver disease is a complex disease that often sits at the centre of other issues and conditions such as obesity and type 2 diabetes. However, the relationship between these diseases is poorly understood. While further studies are needed to understand the genetic links between these conditions, and what the clinical consequences of the mutations are for our patients, our research leads to fascinating new understanding of systemic diseases and how to diagnose, manage, and treat them.”

Dr David Scott, director of Cancer Grand Challenges at Cancer Research UK, said: “The Cancer Grand Challenges Mutographs team is helping to transform our understanding of the link between mutations and cancer. This study demonstrates that the breadth of that work goes beyond cancer, including helping us to learn more about the role of mutations in other diseases, like liver disease.”

Dr Peter Campbell, senior author and Head of Cancer, Ageing and Somatic Mutation, and Senior Group Leader at the Wellcome Sanger Institute, and co-investigator of the Cancer Grand Challenges Mutographs team, said: “Mutations acquired in specific cell types, such as liver cells, have not previously been suspected of contributing to the biology of conditions such as obesity and type 2 diabetes. This is the joy of science – we started this study hoping to understand how liver cancer emerges from chronic liver disease, but instead wind up proposing an exciting new model in which the same genetic event is acquired many times independently within the liver, collectively accounting for a considerable fraction of liver cells. The mutations might protect the liver cells from toxicity, but only by enabling those cells to shirk their metabolic duties.”