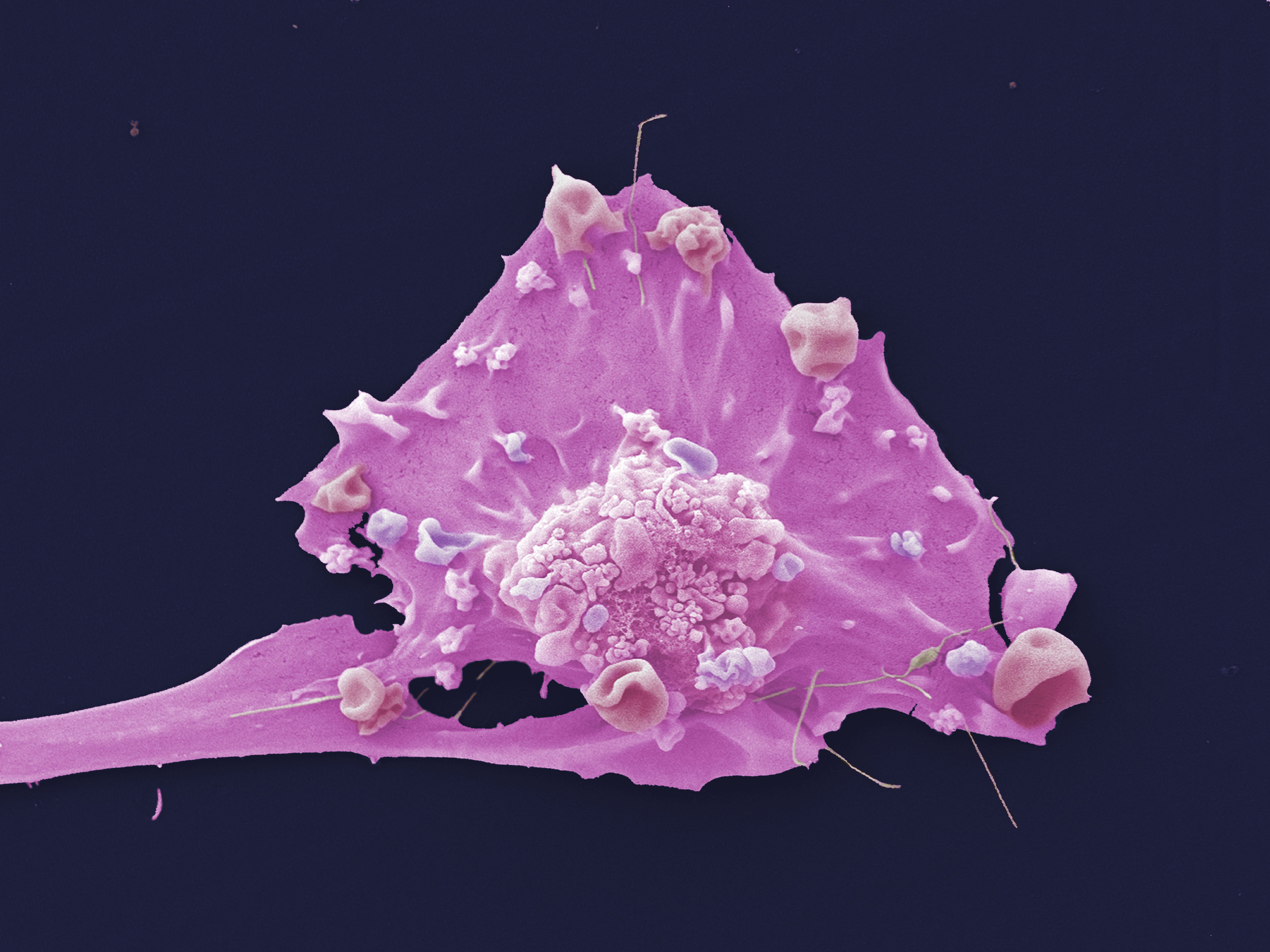 Cambridge scientists have uncovered new findings about the way breast cancer spreads, which could change the way patients are treated.

The team from the Cancer Research UK Cambriidge Centre at the University of Cambridge, discovered that advanced breast cancer probably spreads in waves rather than continuously.

Insights from this study – the largest of its kind – could help researchers explore new ways to monitor and control cancer spread, and help guide the development of new or improved treatments.

The findings have been published in the scientific journal Cell Reports.

The researchers collected 181 tumours during post mortem examinations on 10 women who had died from breast cancer which hadn’t responded to treatment and had spread to other parts of the body.

They analysed the 181 samples to understand and compare the molecular make-up of the tumours, allowing them to piece together clues on how the cancer is able to evade the immune system, spread and become resistant to treatment.

Although researchers collected up to 37 tumours in the same patient, several of the tumours were genetically very similar, as if they started from the same source. In fact, each patient’s tumours could be grouped in just a few ‘family trees’.

The researchers think this pattern happens because breast cancer spreads in waves, with a group of cancer cells creating new tumours in several organs at the same time. These could be cells breaking away from the primary tumour, or from elsewhere in the body where cancer cells can remain hidden and dormant for sometimes years. Further analysis by the team suggested that the maximum number of spreading events any woman had was three, while the lowest was one.

Professor Carlos Caldas from the Cancer Research UK Cambridge Institute, said: “We were lucky to have a rare and first in-depth look at these advanced cancers, and then we realised that what we thought we knew might be wrong. Breast cancer doesn’t appear to spread continuously with the initial tumour shedding cells one by one, but it spreads in waves.”

David Scott, director of discovery research at Cancer Research UK, said: “This is the largest study of its kind to date and gives an unprecedented view of the behaviour of advanced cancers.

“Studying advanced cancer in this much detail is only possible thanks to the precious gift from patients who have donated their bodies so they may help others. Cancer Research UK is proud to honour their legacy, which will support many other studies, such as the PEACE trial.”

The PEACE study, a partnership between Cancer Research UK and UCL, enrols patients across the UK who agree to have samples of their cancer taken after their death for analysis.

Professor Caldas is a national coordinator for breast cancer within this larger PEACE trial.

This research has been discussed in an article in New Scientist and in a Cancer Research UK Sceince Blog post.