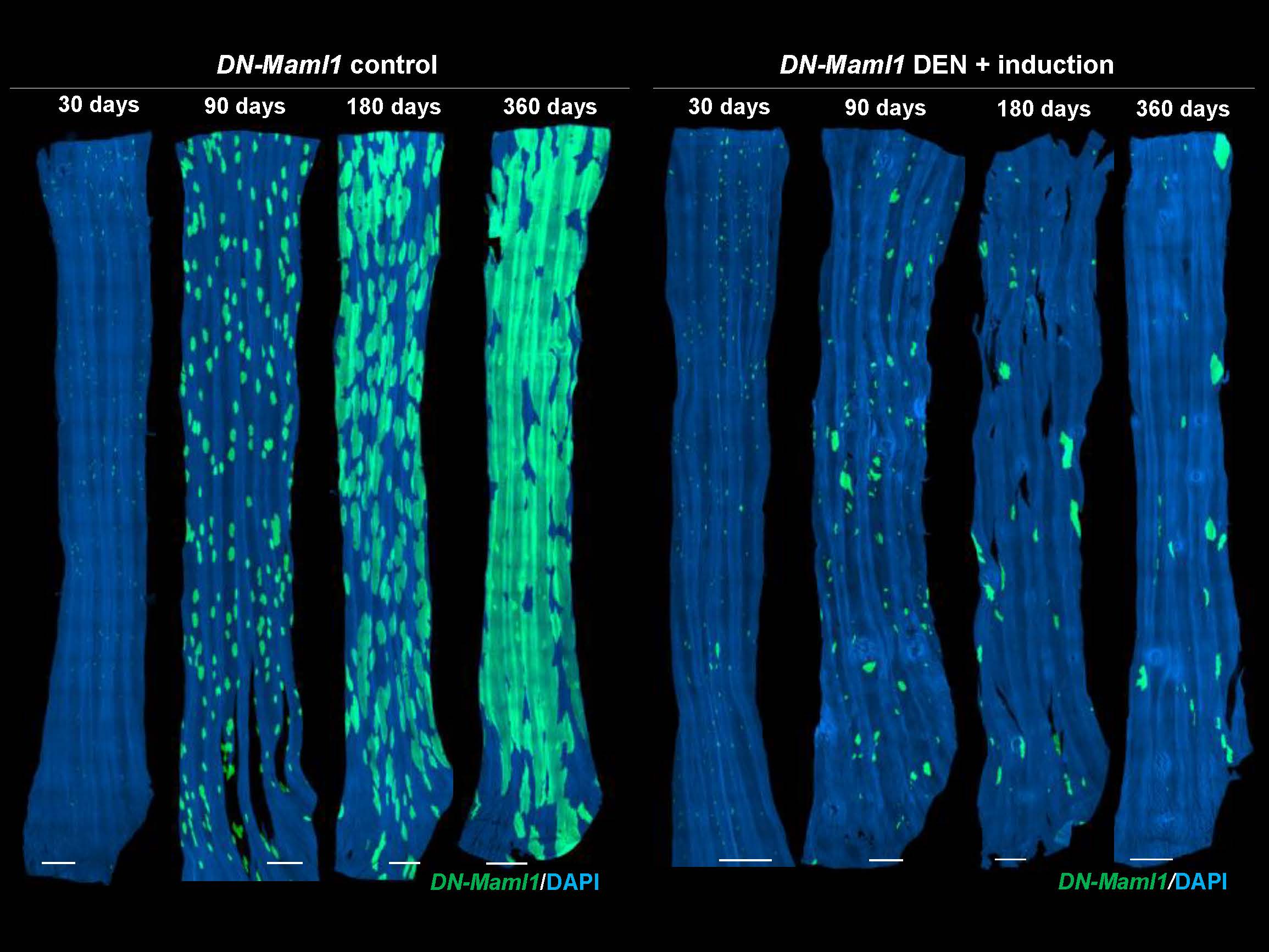 The expansion of ‘mutant’ cells that could lead to cancer is often kept in check by their neighbours, research from the Wellcome Sanger Institute, the University of Cambridge and their collaborators has found. The team discovered that when equally-matched cells in the oesophagus of mice coincided, they acted as a brake on one another’s growth.

The study, published today (18 May 2020) in Nature Genetics, describes the ‘rules of the game’ of competition between oesophageal cells for the first time. By understanding these rules, the hope is that therapies can be developed to reduce the competitiveness of mutant clone cells that are more likely to become cancerous.

Clones are communities of cells descended from a single stem cell through the normal process of cell division. Tissues in the human body consist of patchworks of clones, with DNA mutations that occur naturally throughout life being passed on from parent to daughter cell.

Some DNA mutations, particularly those affecting known ‘cancer genes’ such as TP53 and NOTCH1, confer a competitive advantage on cells that acquire them. This allows these mutant clones to expand more rapidly than normal cells and can lead to disease.

By middle age, most cells in tissues such as the oesophagus and the skin are mutant clones. But despite this, the vast majority do not go on to form cancers. A previous study from the Wellcome Sanger Institute has shown that clones competing against each other helps to prevent cancer formation, but until now the ‘rules of the game’ for clonal competition were unknown.

To discover how mutant clones interact, the researchers combined genetic lineage tracing and ultradeep sequencing to observe the evolving mutational landscape of oesophageal epithelium in mice. A mutagen called diethylnitrosamine – a substance found in tobacco smoke that causes genetic mutations – was administered to generate a patchwork of mutant clones in the mouse to resemble the oesophageal tissue of older humans.

The team found that mutant clone dynamics depend on the mutations they carry and the nature of their neighbouring cells. Expanding mutant clones that bumped up against cells of similar ‘fitness’ lost their competitive advantage and reverted towards the balanced growth of normal tissue.

Dr Bartomeu Colom, the first author of the study from the Wellcome Sanger Institute, said: “When clones acquire certain mutations it’s like they’re playing with loaded dice, while normal cells are still playing with normal dice. This small advantage is enough to help them outcompete other clones and colonise larger areas of tissue over time, which if continued unchecked could lead to disease. In tissues like the oesophagus, which is full of cells carrying cancer-driving mutations, it is actually mutant clones cancelling each other out that helps to keep the tissue healthy.”

Dr Maria Alcolea, of the Wellcome-MRC Cambridge Stem Cell Institute and member of our Early Detection Programme, said: “In trying to explain why few mutant clones go on to become cancerous in tissues with high mutational burdens, there has been some debate about whether competition between clones takes place. Our findings show that not only is competition taking place in the oesophageal epithelium, but that it helps to maintain homeostasis and inhibits clones carrying known cancer-driving mutations from continuing down a path towards disease.”

Understanding the dynamics of clonal competition opens up the possibility of designing therapies aimed at reducing the competitive advantage of potentially dangerous clones. By removing these clones or preventing them becoming dominant, the risk of cancer could be reduced.

Professor Phil Jones, lead author of the study from the Wellcome Sanger Institute and the MRC Cancer Unit, University of Cambridge and member of our Early Detection Programme, said: “In human tissue there is limited space, clones compete for it and the rule of survival of the fittest applies. If we can rig the game against ‘bad’ clones that may go on to form cancer, and in favour of their more benign neighbours, the bad clones will be replaced. By understanding the rules of the game, we can seriously consider how we can intervene and prevent some cancers arising.”