University of Cambridge scientists have developed two tests that can detect the presence of glioma, a type of brain tumour, in patient urine.

Cancer Research UK scientists report that they have developed two tests that can detect the presence of glioma, a type of brain tumour, in patient urine or blood plasma.

The team say that a test for detecting glioma using urine is the first of its kind in the world.

Although the research, published in EMBO Molecular Medicine, is in its early stages and only a small number of patients were analysed, the team say their results are very promising.

The researchers suggest that in the future, these tests could be used by GPs to monitor patients at high risk of brain tumours, which may be more convenient than having an MRI every three months, which is the standard method.

When people have a brain tumour removed, the likelihood of it returning can be high, so they are monitored with an MRI scan every three months, which is followed by biopsy.

Blood tests for detecting different cancer types are a major focus of research for teams across the world, and there are some in use in the clinic. These tests are mainly based on finding mutated DNA, shed by tumour cells when they die, known as cell-free DNA (cfDNA).

When healthy or tumour cells die, they release fragments of DNA into the bloodstream. This is known as cell free DNA (cfDNA) which can be detected not only in the blood, but other bodily fluids, such as urine. Researchers can use cfDNA as a marker to indicate that a tumour is present, and it can also be used to provide information on the genetic mutations within a patient’s tumour.

However, detecting brain tumour cfDNA in the blood has historically been difficult because of the blood-brain-barrier, which separates blood from the cerebrospinal fluid (CSF) that surrounds the brain and spinal cord, preventing the passage of cells and other particles, such as cfDNA.

Researchers have previously looked at detecting cfDNA in CSF, but the spinal taps needed to obtain it can be dangerous for people with brain tumours so are not appropriate for patient monitoring.

Scientists have known that cfDNA with similar mutations to the original tumour can be found in blood and other bodily fluids such as urine in very low levels, but the challenge has been developing a test sensitive enough to detect these specific mutations.

The researchers, led by Dr Florent Mouliere who is based at the Rosenfeld Lab of the Cancer Research UK Cambridge Institute and at the Amsterdam UMC, and Dr Richard Mair, who is based at Cancer Research UK Cambridge Institute and co-leads our Neuro-Oncology Programme, developed two approaches in parallel to overcome the challenge of detecting brain tumour cfDNA.

The first approach works for patients who have previously had glioma removed and biopsied. The team designed a tumour-guided sequencing test that was able to look for the mutations found in the tumour tissue within the cfDNA in the patient's urine, CSF, and blood plasma.

A total of 8 patients who had suspected brain tumours based on MRIs were included in this part of the study. Samples were taken at their initial brain tumour biopsies, alongside CSF, blood and urine samples.

By knowing where in the DNA strand to look, the researchers found that it was possible to find mutations even in the tiny amounts of cfDNA found in the blood plasma and urine.

For the second approach the researchers looked for other patterns in the cfDNA that could also indicate the presence of a tumour, without having to identify the mutations.

They analysed 35 samples from glioma patients, 27 people with non-malignant brain disorders, and 26 healthy people. They used whole genome sequencing, where all the cfDNA of the tumour is analysed, not just the mutations.

They found in the blood plasma and urine samples that fragments of cfDNA, which came from patients with brain tumours were different sizes than those from patients with no tumours in CSF. They then fed this data into a machine learning algorithm which was able to successfully differentiate between the urine samples of people with and without glioma.

The researchers say that while the machine learning test is cheaper and easier, and a tissue biopsy from the tumour is not needed, it is not as sensitive and is less specific than the first tumour-guided sequencing approach.

MRIs are not invasive or expensive, but they do require a trip to the hospital, and the three-month gap between checks can be a regular source of anxiety for patients.

The researchers suggest that their tests could be used between MRI scans, and could ultimately be able to detect a returning brain tumour earlier.

The next stage of this research will see the team comparing both tests against MRI scans in a trial with patients with brain tumours who are in remission to see if it can detect if their tumours are coming back at the same time or earlier than the MRI. If the tests prove that they can detect brain tumours earlier than an MRI, then the researchers will look at how they can adapt the tests so they could be offered in the clinic, which could be within the next ten years.

Co-author of the paper Dr Richard Mair, Cancer Research UK Cambridge Institute, said “We believe the tests we’ve developed could in the future be able to detect a returning glioma earlier and improve patient outcomes.”

“Talking to my patients, I know the three-month scan becomes a focal point for worry. If we could offer a regular blood or urine test, not only will you be picking up recurrence earlier, you can also be doing something positive for the patient’s mental health.”

Michelle Mitchell, Chief Executive of Cancer Research UK said, “While this is early research, it’s opened up the possibility that within the next decade we could be able to detect the presence of a brain tumour with a simple urine or blood test. Liquid biopsies are a huge area of research interest right now because of the opportunities they create for improved patient care and early diagnosis. It’s great to see Cancer Research UK researchers making strides in this important field.”

Sue Humphreys, from Walsall, a brain tumour patient, said: "If these tests are found to be as accurate as the standard MRI for monitoring brain tumours, it could be life changing. 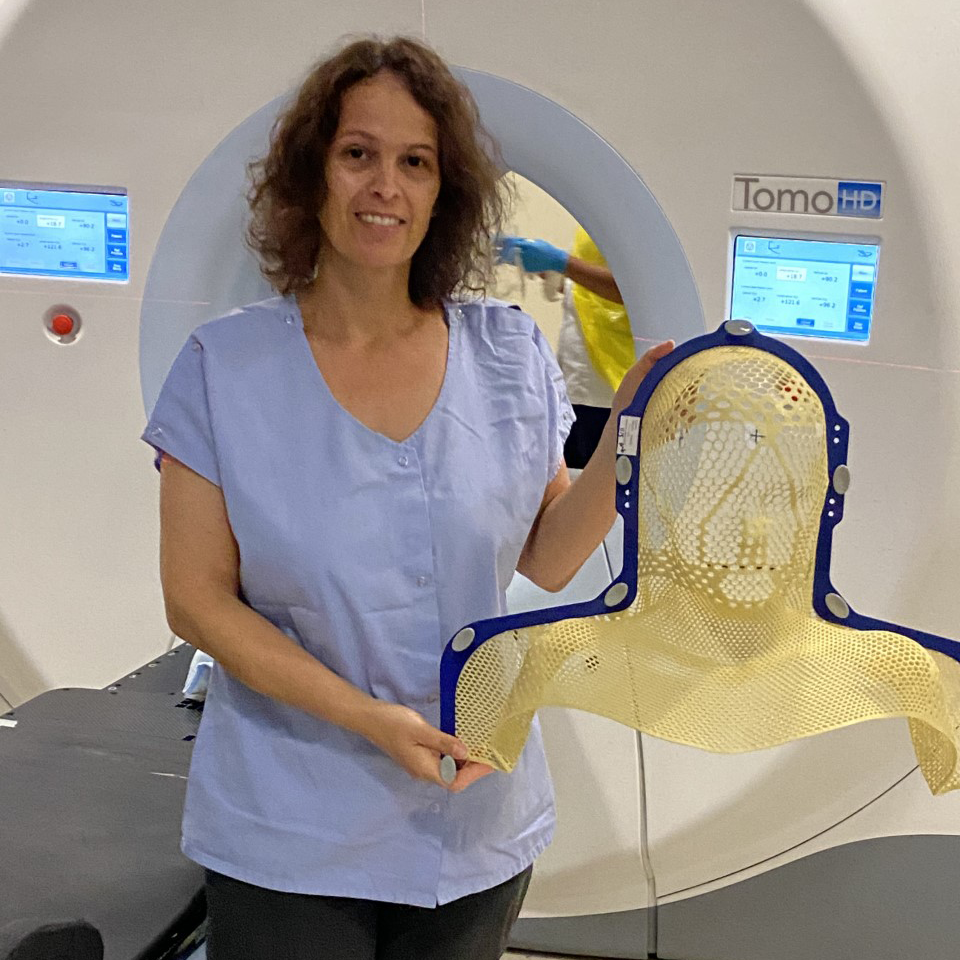 "If patients can be given a regular and simple test by their GP, it may help not only detect a returning brain tumour in its earliest stages, it can also provide the quick reassurance that nothing is going on which is the main problem we all suffer from, the dreaded Scanxiety.

"The problem with three-monthly scans is that these procedures can get disrupted by other things going on, such as what we have seen with the Covid pandemic. As a patient, this causes worry as there is a risk that things may be missed, or delayed, and early intervention is the key to any successful treatment.”